Love You Live, Rolling Stones:
Fanfare from the Common Fan

The Rolling Stones are celebrating their 50th Anniversary this year and the fans have created a unique and ultimate gift for the Greatest Rock ‘n Roll Band in the World!

“Love You Live, Rolling Stones: Fanfare from the Common Fan” is an exclusive, award-winning book with a collection of tribute stories from fans all over the world and over 900 full-color exclusive photos and images.

This out-of-print collectible is available for sale in limited quantities and signed by the author, editor and publisher Marilou Regan.

The timing is perfect to have found these books in the vault!  Buy it here and not from non-authorized clearing houses on the web that acquired them through questionable means.

It’s a perfect gift to the World’s Greatest Rock ‘n Roll Band for their 50 years in service – 50 years of great music, crazy, colorful living, scandals, entertainment and the love and light in their fans’ lives! And you can own a rare copy!

“Love You Live, Rolling Stones” was self-published in 2002 and some few remain for the ultimate collector. This big, beautiful full-color coffee-table book has 256 pages and measures 9 x 12.  It is the only tribute book dedicated to the Stones by their fans, who have also opened their own scrapbooks to share their personal photos and memorabilia collections. 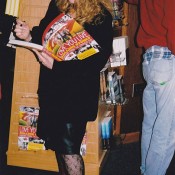 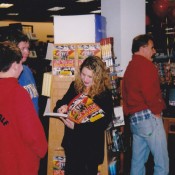 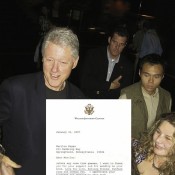 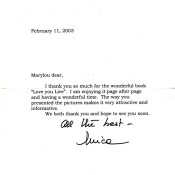 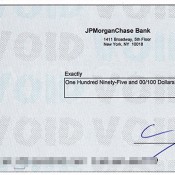 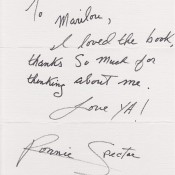 Marilou wrote, edited and compiled the 80 stories from fans in 20 countries who shared their Rolling Stones memories at some of the most important events in the history of Rock ‘n Roll.

First-person stories including: the crowd record-breaking concert in Hyde Park, the infamous Altamont Concert; and the BBC special “Rock ‘n’ Roll Circus.”   Each story contains a historic perspective of the era and the mood of the country it represents.  The stories are anecdotal and personal and filled with adventures from Rolling Stones tours.

The book is a work of art and a must-have for Stones fans everywhere and for anyone who wants to get acquainted with the band through the memories of the fans.

The importance of this book as one-of-its-kind in its genre, and as a reference work for future Stones researchers, will be recognized today and throughout history.

“Love You Live, Rolling Stones” will be used to take a close look at the sociological and cultural impact the Stones had on modern society for those 50 crucial years through 2012 via the eyes of the fans.

Marilou personally gave a copy to all of the Rolling Stones (who love it) and Charlie Watts said he thought it was the most honest book ever written about the band! As only we fans can attest.

The book takes its name from the popular live Rolling Stones double album released in 1977, which was recorded during their Tour of the Americas in 1975 and in Paris, 1976.  At the beginning of each concert an excerpt from Aaron Copland’s “Fanfare for the Common Man” was played as an overture.