by  Marilou Regan from Philadelphia, PA 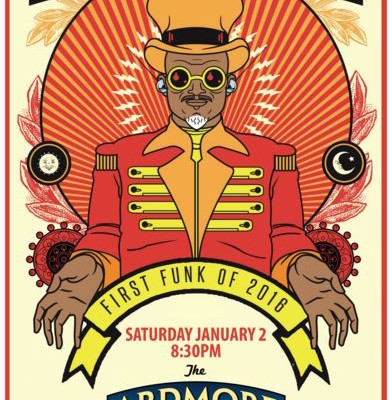 When sax man Karl Denson Skyped with Mick Jagger about playing with the Rolling Stones, he knew he was ready for “the gig of a lifetime”.

He would be stepping in for the beloved and ailing Bobby Keys, the Stones primary saxophonist, who would pass away a few months later.

“I’ve been a big Bobby fan for decades and I never even imagined getting this gig,” Karl says. “But in a way, it is kismet. It’s as if I was preparing for this my whole life.”

There is some definite foreshadowing to his destiny. Karl played the sax-happy “Bobby parts” in a 2012 concert tour billed as “Karl Denson’s Tiny Universe presents the Rolling Stones’ album, ‘Sticky Fingers,’ in its entirety.”

After 45 years with the Stones, Bobby Key’s death in December, 2014, left a legacy that any replacement would be daunted to face. But as “new guy” in the World’s Greatest Rock and Roll Band, Karl Denson is not just a substitute for a legend.

Karl has reached iconic status in his own right as an acclaimed and highly in-demand saxophonist, songwriter and vocalist. He’s a jazz and funk master with his band of more than 15 years, Tiny Universe, that dazzles as a jam band flavored with rock and boogie.

They pack the house, filling dance floors, festivals and late-night parties, performing over 150 shows annually. They don’t call him “Diesel” for nothing.

Fans in the Philly area were lucky to catch Karl Denson’s Tiny Universe at the Ardmore Music Hall in January.

Karl’s universe expanded exponentially touring with the Rolling Stones. He first joined them on tour in New Zealand and Australia in late 2014, and then on the Zip Code tour of North America in the summer of 2015. He’ll be joining the Stones in South America and Mexico in early 2016.

“It’s just amazing playing on tour with the Rolling Stones! It’s still beyond what I could ever imagine” Karl says. “I’m in awe that this is my gig – it’s the biggest gig in the world! It’s like a carpenter who keeps hammering nails and then one day he steps back and takes a look at the incredible house he built.”

Karl, 59, has been nailing sax and flute since he was 13 and was influenced by his three older, musician brothers in Orange County, California. He said he first heard about Bobby Keys when he was playing night clubs and cafés as an 18-year-old college student.

“I was a total jazz kid, but I straddled both worlds and I knew who the Stones were,” he remembers. But he had no idea who Bobby Keys was.

“After about four gigs with random, drunken guys who go ‘Hey, man, can you play some Bobby Keys?’ I figured out he was the sax player with the Stones. So I’ve been familiar with him for a long time, loving his playing.” he recalled.

Karl told that story to Mick Jagger during their Skype call, and laughed later at how Mick had no idea who Karl Denson was either, until he was recommended by Lenny Kravitz. He recorded and toured with Lenny in the late 1980s, early 1990s, and in 2008.

Karl sent the Stones his CV that included his live performance of “Can’t You Hear Me Knocking,” and after a band vote, Karl made side-man history – without even having to audition live. Denson is now part of the Stones’ two-man brass section, teaming him with veteran jazz saxophonist and clarinetist Tim Ries.

On the CYHMK audition tape, “I played Bobby verbatim and asked Mick if he wanted me to play his sax solos verbatim on tour. He said I could quote or not quote them. I do both.”

When the Stones played Sticky Fingers in its entirety in LA in 2015, Karl was in his element. “I couldn’t believe I got to play one of their greatest albums with the actual Rolling Stones, after performing it for months as a tribute with the Tiny Universe.” 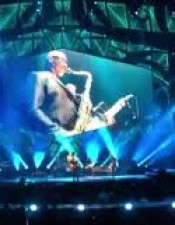 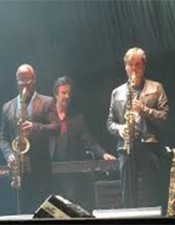 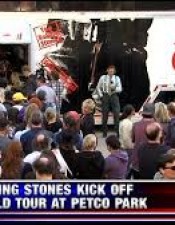 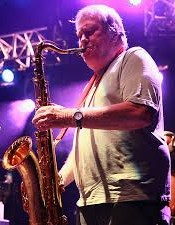 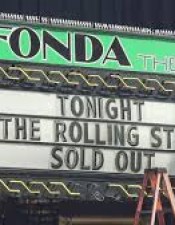 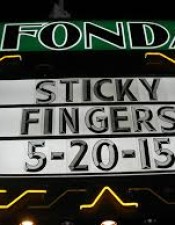 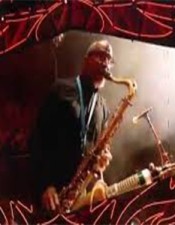 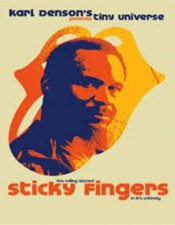 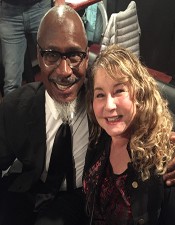 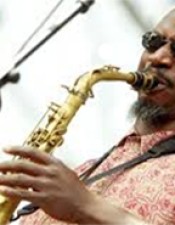 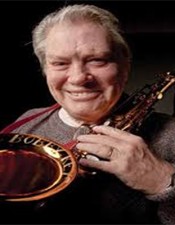 Karl “studied” Bobby’s work since his college days, “I know what he does intimately, so mentally I was prepared for the gig.” Although Karl is disappointed to never have met Bobby personally, through his recordings, “he taught me how to play simple. I learned what it means to not get in the way of things.

“The fact that I know Bobby as well as I do through his work, I think (the Stones) appreciate that. I definitely feel comfortable with these songs and trying to emulate him,” he says. “I got in touch with Tim (Ries), and we decided who would take what solo. I lucked out and got ‘Brown Sugar.’ Tim is the jazz guy, I play the rock.”

And rock he does. But it’s jazz that feeds his soul. And in the Stones camp, there are many jazz fans among them. The Stones themselves have recorded with two of the greatest saxophonists in jazz history, Sonny Rollins and Wayne Shorter. Before joining the Stones, Daryl Jones was in jazz-great Miles Davis’ band; coincidently Denson teamed with two of Davis’ former members for his 1995 album “Chunky Pecan Pie.” And Drummer Charlie Watts has his own jazz band as a side project.

“The most fun part for me is watching Charlie Watts, he is so incredible. His style, his effortlessness, he does this extremely naïve, beautiful thing with the Stones music,” notes Denson. “All the Stones have this same style, where they underplay, on purpose, with a real strength.

“Sometimes during rehearsals, Charlie will play a perfect ‘Sidewinder’ beat just like Billy Higgins (the jazz drumming great who performed on the 1964 soul-jazz classic by trumpeter Lee Morgan). It’s really simple but really freakin’ unbelievable. Often I’m next to the drum tech, Don, when Charlie plays a random fill and I go – in disbelief and amazement – ‘come on, really?’

“Keith calls him a ‘powerhouse.’ No wonder.”

Karl also expressed his awe about Mick’s talent as a front man. “Oh Mick! It’s not even real – how can it be,” he said, laughing. “This guy’s 72 and he must run a 10k every night on tour! His work ethic, it’s insane. Mick sings usually for four hours in rehearsals, and he’s not mailing anything in. I know the rigors of singing, what he does is mindboggling.”

As for the guitars, which Karl learned to play a few years back, “Keith’s and Ronnie’s guitar parts – that’s real musicianship. They make remarkable music together.”

Karl may be in awe of the Rolling Stones, but they are in good company with his pedigree. His most recent recorded work can be heard on the Tiny Universe LP, “New Ammo.” The band is also known for their tribute shows, which included the (aforementioned) Stones, Beastie Boys, Ray Charles, Run DMC and Prince. He’s shared the stage and studio with many of the greats, including The Allman Brothers Band, Steve Winwood, Chuck Leavell and jazz musicians John Scofield, Dave Holland and Jack DeJohnette.

He’s been a major lure for the JamCruise, a six-day party/festival on a ship, since it began 14 years ago. Oh, and he was under consideration to replace the late Clarence Clemons in Bruce Springsteen’s E Street Band.

Now an official member of the Rolling Stones touring band, Karl says he got the thumbs up from Keith and Ronnie in a welcome dinner in Australia. “They basically invited me on board. I got the official welcome-to-the-band dinner and the whole nine yards. They said ‘We’re going to let you stick around.’ It was really awesome.”

When they opened the Zip Code tour in San Diego’s Petco Park, Karl, who relocated there from Santa Ana 20 years ago, was a hometown hero.

“It’s all been surreal. The whole experience has been incredible and I feel very lucky,” he says. “One minute I’m Skyping with Mick Jagger and get a list of songs to learn, and then a week later I get on a plane and go out on the road with the Rolling Stones. Yeah, the frickin’ Rolling Stones! And I even got to ride on one of their planes with the (Stones tongue logo) decal!

“The Stones are great people, and they have a great life. They’ve allowed me in and we’re having a really fun time.”

And long may the fun times reign!