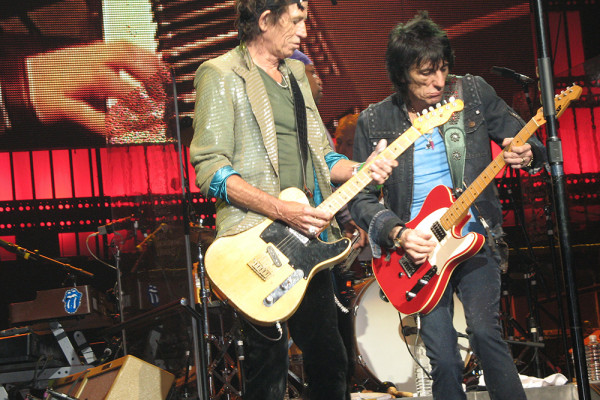 “Have a nice day at work, Arne! Here’s some nice music for you to listen to while you’re performing your art today.” I winked at him.

It was September 27th 2000. I’d had cancer treatment more or less since 1998, and was sick for a while before they found the correct diagnosis. But now I faced life-saving surgery and I intended to use my favourite band as a soundtrack to “the new start”.

The surgeon took my hand, and accepted a Rolling Stones CD, “Stripped”, the live album released in 1995. Recorded at club shows and rehearsals, “Stripped” has acoustic versions of some classics, some old gems and a lovely cover of Bob Dylan’s “Like A Rolling Stone.”  Mick Jagger asks “how does it feel to be on your own?” Fortunately, I didn’t have to feel that emotion. I was surrounded by trusted professionals and loving friends, family and colleagues. I felt cool, calm and collected and know it stemmed from their massive amount of support. The surgeon commented on my amazing composure.

“I trust you, I know I’m in good hands – and with the Stones in the operating theatre – how can we go wrong?” I explained.  He nodded, smiled and left my room, with a tail of nurses and my selected soundtrack to inspire him.

Less than an hour later I was rolled into theatre. Even before I was given my anesthesia, I could hear “Street Fighting Man”, and my surgeon reassured me. “You’re the ‘Street Fighting Woman’ today. I’ll talk to you in a few hours. Now, count backwards from ten.”

That’s the last thing I remember, before waking up in the ICU, full of painkillers – the kind that people would pay a lot of money to get their hands on.  I had tubes coming out from everywhere. They’d even made new holes where there were none!

Then I heard, “…couldn’t drag me away, wild horses…”

“We thought this would be a nice song to wake up to!”

“It’s a wonderful song for a lot of occasions!”

Docs and nurses were standing around me and a CD player, on very discrete volume, was put in my hospital bed.

“We did have a great day at work, and that was one great concert that you brought with you,” the surgeon smiled.

“If you like the Stones, I’ll take you to a show on their next tour! That’s a promise,” I made to him post op.

“That’s a date, then,” the surgeon smiled again.

And then I was smiling. He told me he removed one third of my liver, and that he was quite certain there were no metastases. CT scans would have to be done, but basically, the medical team was very optimistic. Optimism is contagious! I knew I’d make it, and fortunately they had not told me about the prognosis for liver cancer patients. The survival rate is poor. I had no idea.

They rolled me out of the ICU and back to my room. I played track 7 again, “Wild Horses”, one of my all time favourite Rolling Stones songs.  I tried to sing along, enjoying the luxury of a single room, but started coughing, and the stitches hurt, so I decided I’d just enjoy listening. Besides, I never was a great singer.

As I lay there, I made up my mind never to miss a Stones show again, if I could avoid it. I had been sick during most of the “Bridges to Babylon” tour, and had surgery, radio therapy and chemo. I wasn’t fit to travel. But I did keep track of how the shows went, the set lists, the size of the crowds – the lot. And friends brought me some of the event T-shirts and other official merchandise. 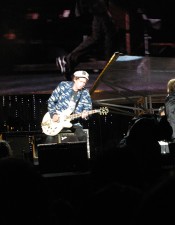 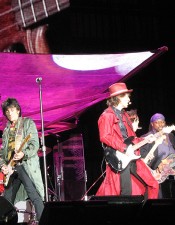 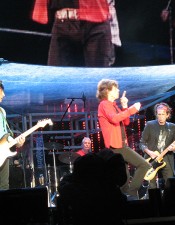 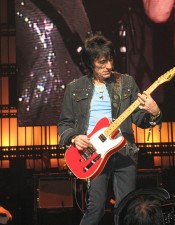 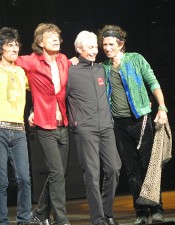 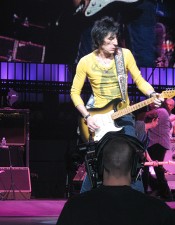 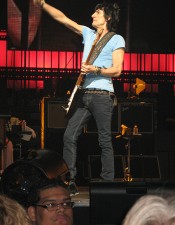 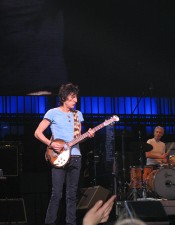 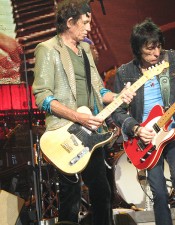 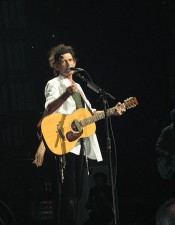 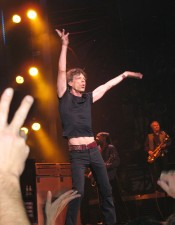 The saddest thing was that I even missed the show in my home town, Oslo. But I had friends and family at the show who called me from their cell phones so I could hear parts of the show. But that’s never even close to the excitement of being there oneself.

Then, a couple of years later came the news about the “Licks” tour. I was so ready, so eager to catch as many of the shows as I could. I did quite well, and caught shows in the US, Asia and Europe. I even went to Hong Kong for the shows in November 2003. Those were special. I stayed in the same hotel as the band, bumped into them now and then; was invited to Ronnie’s art exhibition opening, met President Clinton and …Marilou Regan. That was the start of a great friendship. Marilou is now my “sister” – my Stones Sister.

The surgeon and I still haven’t been to a Stones show together – he’s a busy man and has saved several hundred lives – but on the next tour guess who’s going! Wild horses couldn’t keep me away. One hundred and ten Stones shows so far – and it’s not over until the skinny front man sings the last note.