Would You Let Your Daughter Eat a Rolling Scone? 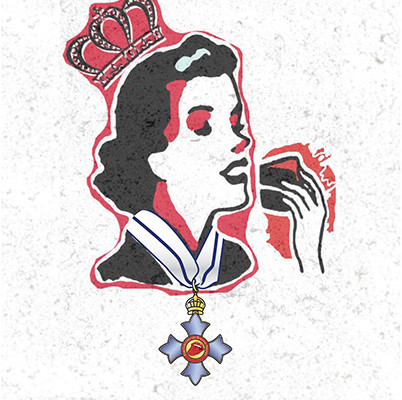 The Rolling Scones: Let’s Spend the Bite Together offers recipes for Stones party fare in a tasty little cookbook.

From horse meat pie and cold Italian pizza to instant cake and frozen steak, the Rolling Stones lyrics can make fans feel hungry. Now there’s a cool rockin’ cookbook that can bring satisfaction to the palate.

The Rolling Scones: Let’s Spend the Bite Together riffs on the band’s songs with Stones related puns and is filled with recipes worthy of any beggar’s banquet.

Live with Brie, Tumbling Rice, Feast of Burden, are a few of the 40 recipes with witty word play that brings menu inspiration for a Rolling Stones themed party. Or catering backstage, even dinner for an audience of any size.

Author Lanea Stagg even has a punny nickname, “Betty Rocker,” a tribute to the fictional American cooking icon, Betty Crocker, merged with her rocker chick persona.

“I’m always in the kitchen and I cook all the time with my favorite music playing. This cookbook is a natural combination of my culinary flair and my love for the music of the Stones,” says Lanea (Lane-ah). “It’s been so fun to use the Rolling Stones music as the heart of the book and to connect the charm of the songs and the band with the food.”

With her co-authors, daughter Abby Ritterling and family friend Annie Jones, the culinary queens went through the Stones vast catalogue and “in a hit-and-miss kind of way we tried to find good recipes to pair up with title,” Lanea noted. Over the course of a few months they made the recipes based on “tried and true” family and friends’ fare and then “made an event out of it, testing them with the family and friends. 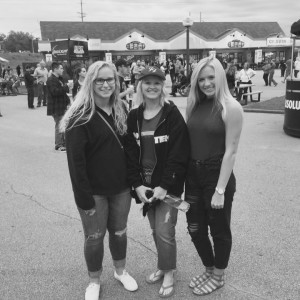 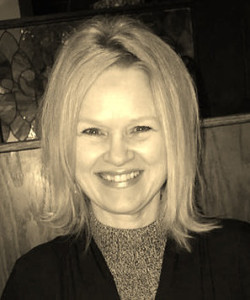 “The recipes had to be realistic, with ingredients you would mostly have on hand, and they had to be easy to make by casual chefs,” Lanea said about choosing food for the book. More than a casual chef herself, Lanea gives cooking lessons and knows how to create atmosphere in the kitchen.

“We injected music into the cooking process and the recipes in our book are a conduit to bring music to food lovers. We wanted make a connection to the Stones title with the ingredients. And most of all we wanted the food to be delicious.”

Some of the book’s recipes are basics, like Salt of the Earth Prime Rib and Rocks Off (bourbon and Coke over ice). Others offer more hearty fare, like classic, British working-class dishes Nanker Phelge, a take on an English pub staple the Ploughman’s Lunch, and Jumpin’ Jack Mash with bangers (sausage).

The cookbook is fat with appetizers, breads, entrees, desserts, breakfast and beverages, all with an amusing title heading each of the sections, like “After Party” for breakfast.

Each recipe page features fun facts about the band. Most are spot on but some of them miss the mark (informed Stones fans will spot the slips.) Overall it’s an excellent effort to incorporate content and context to highlight the recipes.

Cherry Oh Baby is a recipe for cherry tomatoes stuffed with a blue cheese and horseradish mix and its page tells of the influence of reggae on the group when the song was covered on their Black and Blue album.

The Rolling Scones: Let’s Spend the Bite Together is the fourth rock-themed cookbook authored and self-published by the Southern Indiana resident who lives and cooks with her husband and their blended family of 8 kids and 5 grandkids.

After Maggie’s unexpected death, Lanea continued with their vision of a Recipe Records Cookbook series spanning the ’60s to ’90s, and with “The Rolling Scones” she is continuing the series’ legacy –and Maggie’s. 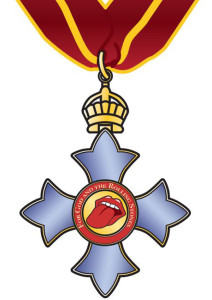 All of her cookbooks were self-published and blend party food ideas with bits of trivia about bands, their songs, careers and personal lives. She also has a website that showcases her blog, podcasts and events.

Like any successful chef, Lanea says she likes to eat and “that’s the key to being a good cook, because if you enjoy eating then you’ll find the way to make good food. I’m always making new recipes for family and friends.”

So if she was having a dinner party for the World’s Greatest Rock Band, which of the recipes would this chef serve from her tribute cookbook?

“First, I’d pretend it’s the 70s and offer them the Crossfire Hurricane cocktail. Then I’d serve my crowd-pleasing antipasti appetizer Happy, followed by the Altamont C-Rock Pot Disaster, and complete the meal with the Sticky Fingers cupcakes and the Sympathy for the Devil’s Food Cake,” she said with her tongue in her cheek.

“And then I’d ask them to jam and sing for their supper.”

The Rolling Scones: Let’s Spend the Bite Together cookbook is available on Amazon.com and on LaneaStagg.com. 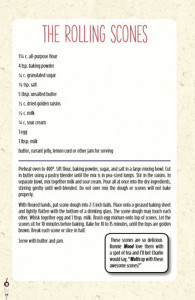