Happy Birthday, Mick Jagger! Reflections from a Mick Chick on My Muse 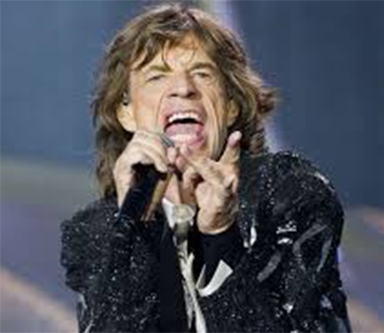 Happy Birthday, Mick Jagger! It’s just incredible that Mick is 76 today and still has the same Peter Pan spirit and joie de vie as he did when the Rolling Stones were born in 1962!

I’ve always been a “Mick Chick.”  At first, Rolling Stones founder Brian Jones had my attention, but not my devotion.

For me and my girlfriends it was more like Paul vs. Mick. Like many neighborhoods in the 60s influenced by the British Invasion, mine in suburban Philadelphia was divided into two factions: Beatles vs. Rolling Stones.

Mick was mine with those lips, those eyes, that swagger, that music! When I pledged my allegiance as a “Mick Chick,” I could never have believed that my pre-teen crush on Mick Jagger would stand the test of time for 57 years.

His return to the stage as the Rolling Stones front man last month in Chicago after his heart surgery gave me — and millions of other fans — great satisfaction. And great relief.

Mick has thrilled me for over 150 Rolling Stones concerts, and counting, and inspired me to write about fellow fan fanatics (or fan-addicts) whose fidelity puts my own fervor to shame. Our fan stories give a glimmer into how and why our love is strong.

Mick was just six days away from his 29th birthday when I first saw the Stones live at the Philadelphia Spectrum on July 20, 1972. He oozed rock star sexiness, singing and strutting in his white skin-tight velvet jumpsuit, which was laced up with grommets to just above his navel and belted with a long red sash.

When I saw the Stones on Tuesday at Philly’s Lincoln Field, Mick, only three days away from turning 76, was still oozing that same raw sexuality with his boundless energy and his moves like Jagger.

And with his body still toned like a man in his 20s, he could definitely still rock that velvet jump suit that he wore on tour 47 years ago!

Despite his recent emergency heart valve surgery that postponed the No Filter US tour, Mick showed no signs of being worse for the wear in Philadelphia or at the opening two shows that I saw in Chicago last month. Fans welcomed him back with ear-splitting cheers and I shed tears of joy. My/our band was still rocking, and my/our Mick was back, better than ever.

Hailed as “superhuman” by his band mate, guitarist Ronnie Wood noted in a recent interview how quickly Mick recovered after the surgery. “He’s just so fit, he sets aside three hours a day to do exercise and that’s done him plenty of favors in later life,” Ronnie Wood said. “He’s a medical marvel, is Mick.”

My Mick mania was encouraged by my late husband, Billy, whose man-crush was Keith Richards. We both grew up on Stones music in the same Drexel Hill neighborhood and met at a college Stones–themed party. Our sons Keith and Brian were named for the band’s guitarists (daughter Elizabeth felt left out of the naming thematic for years).

Mick has been my main muse with his music, art and fashion and for my métier as a Rolling Stones fan archivist/historian. When I began writing about the Stones from the fan’s perspective for a Dutch fanzine, I gained backstage access and witnessed behind-the-scenes and intimate band moments. I joined the Stones at press conferences, movie premieres, fashion shows, private parties and VIP events.

My obsession has taken a girl from the Philly burbs on adventures around the world with the Greatest Rock ‘n’ Roll Band in the World. 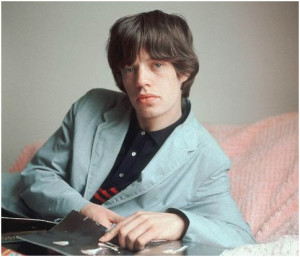 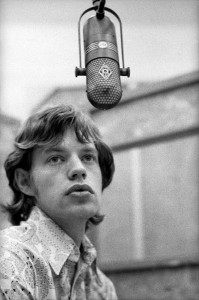 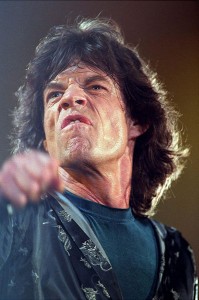 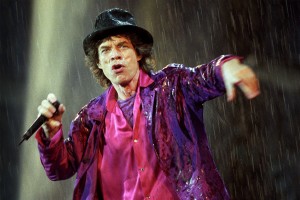 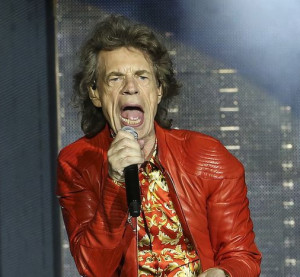 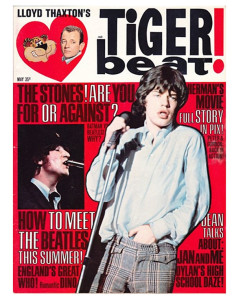 One marvelous Mick adventure was vacationing on his island paradise of Mustique, where I danced with him at a New Year’s Eve party to welcome the Millennium and watched him decorate tee-shirts with his daughters at a charity event he hosted on Macaroni Beach.

I don’t act like a fan-girl or approach any of the Stones when I’m lucky enough to be among them, unlike some overzealous fans with no boundaries who sent Mick fleeing from a party I had for the Stones crew at the now-shuttered Trocadero, an historic Philadelphia venue.

It was a complete surprise and thrill when Mick showed up to my “Crew Doo” but my excitement was short-lived. Some fans had crashed my private event and kept bothering Mick and he left after about 10 minute, revealing an enormous down side of being Mick.

But obviously that there is a major upside to being Mick Jagger. My pre-pubescent crush —whose iconic lips I kissed on countless photos in teen magazines — is a multimillionaire rock god who partied like a rock star and fathered eight children with five mothers, including a two-year-old mini-me son. He’s also a great grandfather.

And he owes it all to American music with its roots in the Deep South. By putting their own spin on the blues, the Glimmer Twins, Keith and Mick, have a catalogue of over 350 recorded songs, with about 165 of them original tunes. Mick has fronted the Rolling Stones at over 2,000 concerts and received the penultimate honor for a Brit for his life’s work when he was knighted in 2003.

So today as Sir Michael Phillip Jagger is celebrating his birthday and his health, I raise a glass to a legend from a Mick Chick still crushing on him.

Love you live, Mick, wild horses couldn’t drag me away!