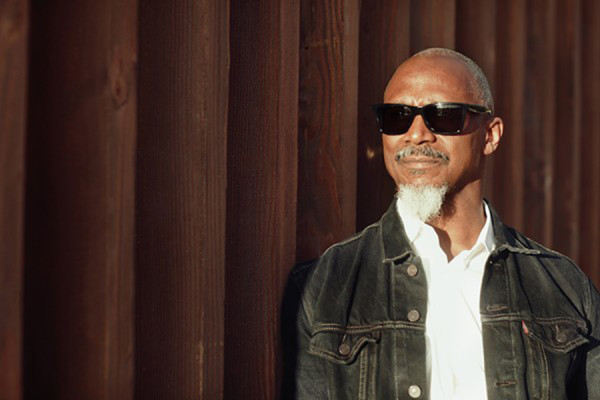 Gnomes and Badgers with Tiny Universe

To that harmonic end, Denson recently released Gnomes and Badgers, a blues-inspired album with songs that are socially and politically influenced with a message for us to come together in these troubling times.

“This record’s been brewing these last couple of years while I’ve been watching this (political) debacle take place and I am dumbfounded by it,” Denson said. “So I’m using my music to create a little world where gnomes and badgers — creatures who are completely different from each other — have meaningful dialogue.”

The first release on his own imprint, Seven Spheres Records, the LP is fueled with his signature funky dance-ready grooves and rock licks that will make his bosses – the Greatest Rock ‘n’ Roll band in the World — proud.

Denson’s own musical credentials are significant as saxophonist, flutist, singer-songwriter, and bandleader of Karl Denson’s Tiny Universe, regarded by fervent fans as one of the best live jazz-fused funkadelic jam bands on this planet.

And to millions of Rolling Stones fans, he is well regarded as the sax player hired by the Stones as the worthy replacement of the beloved late, great Bobby Keys.

“I’ve always revered Bobby’s work. I’m a big fan and I know he has a huge legacy,” Denson says. “I’m honored to be up there.

“When I’m on stage with the Stones, I am up there being a part of it all, but I’m just as excited as the audience is to be there,” he reveals. Even if Denson is playing before a crowd of 50,000 stadium fans “for me, it’s just those four guys who matter. And those guys don’t just think of us as the help. They respect our work and that’s very meaningful.”

Denson shares that his “day job” helped him to create Gnomes and Badgers, his first album since 2014, the year he joined the Stones on the Australia/New Zealand leg of their 14 on Fire tour.

“When you’re on tour with the Stones, everything changes about how you perceive the world and your craft. It’s been a real eye opener and given me a great bird’s eye view of their catalogue,” he said in a phone interview.  I interviewed Denson once before and met up with him a few times on tour and he is always charismatic, charming and a very cool guy.

We spoke recently a few days after he funked it up and got down with his seven-piece Tiny Universe for two nights in the Philadelphia suburbs. He rocked the packed house with scorchin’ sets at the Ardmore Music Hall, and now he was back home in LA on a short break from his own tour, which runs right up to the scheduled Stones rehearsals in April in Miami for their No Filter tour. He also has a few KDTU dates in May and June.

A jazz-loving sax player who has added vocals and song writing to his musical skill set, Denson found a muse in the Glimmer Twins and in their creative process.

“As a writer, I’m always interested in song structure. Mick and Keith are such incredible songwriters that I can’t help but be influenced and inspired by them,” he said. “Listening and breaking down their music in tour rehearsals helped me learn to write funk with a rock ‘n’ roll edge.”

There is another Stones influence on the topical discourse of Gnomes and Badgers. Denson is making his own special brand of the blues with a political trope, which Jagger and Richards explored many times in their music, most notably with “Street Fighting Man.”

“There are some political songs, some message songs, some love songs and songs about humanity,” Denson said, “ on (Gnomes and Badgers) I get to talk about things that are important to me.” 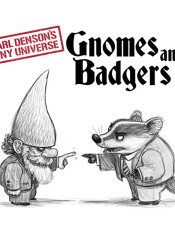 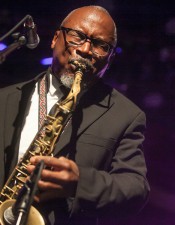 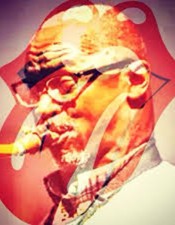 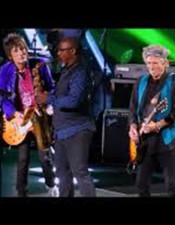 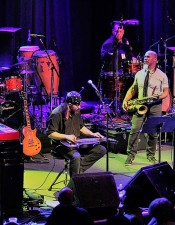 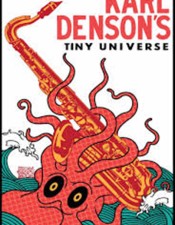 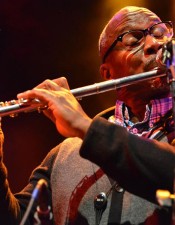 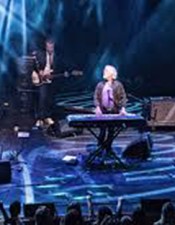 Denson says his LP’s title and the cover illustration, featuring an angry face-off between a suit-and-tie-wearing gnome and a badger, is emblematic of  “the different parties on the left and the right and the lack of sensitivity that’s been brewing here years these past several years. We’re becoming way too tribal.

“So I feel it’s definitely a responsibility to be heard right now. I had to write about it, and about other things that are important to me. Like listening to each other and becoming more evolved as people — and dancing and rocking while we do it.”

As a solo artist, Denson has been getting people to dance since 1992 with his 12 albums and musical collaborations with some of the biggest acts across many genres in the music business: The Allman Brothers Band, Steve Winwood, Greyboy Allstars, Dave Holland, Jack DeJohnette and Fred Wesley, Slightly Stoopid, Gov’t Mule, Soulive, The Bird & The Bee and Lenny Kravitz, who personally recommended Denson to Mick Jagger for the Stones sax gig.

But it is in his own band where Karl Denson is his own true self. Karl Denson’s Tiny Universe creates a music genre that’s all its own, incorporating rock, soul, jazz and funk.

Gnomes and Badgers is a Tiny Universe record, made with the band who calls their funky fearless leader “The Diesel.” They include: Greyboy Allstars bassist Chris Stillwell, drummer Zak Najor, keyboardists David Veith and Kenneth Crouch, his mate from Lenny Kravitz’s band, longtime fellow brass-blaster Chris Littlefield on trumpet and flugelhorn, and guitarists D.J. Williams and Seth Freeman.

“Change My Way” is a powerful single from Gnomes and Badgers with a bluesy sound and Gospelized chorus with a video that focuses on borders — literal and figurative. Inspirational messages flash across the screen with great impact: “do unto others,” “blessed are the merciful” and “show kindness to strangers — they might be angels.”Another single, “I’m Your Biggest Fan,” has a rock beat and funk soul with horns, dueling guitars and keyboard runs reminiscent of the KDTU signature sound.

Karl Denson’s Tiny Universe is joined on the 11-track album by some stellar guests, including guitarist and singer-songwriter Lukas Nelson and New Orleans guitarist/singer-songwriter Anders Osborne, who went on the road in 2011 with KDTU to perform the Stones “Sticky Fingers.”

Other Stones-connected veterans on the LP include Big Easy keyboardist and vocalist Ivan Neville, who played on the Stones Dirty Work and Voodoo Lounge albums and was a member of Keith Richards’ solo band the X-Pensive Winos. Another vet is Stones keyboardist (and Allman Brothers Band alum) Chuck Leavell.

“Chuck is now one of my good friends,” says Denson. “It’s always fun to hang out with him. He has some great stories. And when I mentioned my record he volunteered with ‘man, I’d love to be on it.’”

Denson says he wishes he could collaborate more often with his fellow Stones backup musicians.

“I don’t get to play much with those ‘alumni guys’ offstage. During a Stones tour it’s pretty much all business. But sometimes the other sax player, Tim Ries, will put together a jazz gig on a day off. He’ll find a local club, and we’ll all go down and play. And once, I actually played the blues with Charlie Watts in Mexico City, which was awesome,” he remembers.

But other Rolling Stones proved to be more elusive to working a side gig. “I tried to get Keith to record on ‘Something Sweet’ on my record but it was a matter of time management. He just didn’t have three hours to get to the studio.”

Nevertheless, Denson gets a lot of time to spend with Keith and the rest of the Stones during tour rehearsals.

“We’ll have a five-hour rehearsal and Mick will literally sing for three and a half or four hours. And he’s not messing around. He does a warm-up before he gets there and warms down after rehearsal. It’s serious business,” he says.

“They’re incredible with their work ethic. They hit it hard every day. And what makes it most special is that the band dynamic is still there.”

Denson notes that Mick leaves rehearsals before the others, who then carry on with tunes that Keith wants to rehearse. He recalls one rehearsal where “’Through and Through’ played through the incredible sound system. And I thought ‘this is why Keith can bag on everyone else, because he writes stuff like this that is so good, it’s brilliant really.’”

Denson joins the No Filter stadium tour with the Rolling Stones when it kicks off April 20 at Miami’s Hard Rock Stadium.

After the April 26 concert with the Rolling Stones at the 2019 New Orleans Jazz & Heritage Festival, there will be a Karl Denson’s Tiny Universe show at the famed Big Easy nightclub, Tipitina’s.