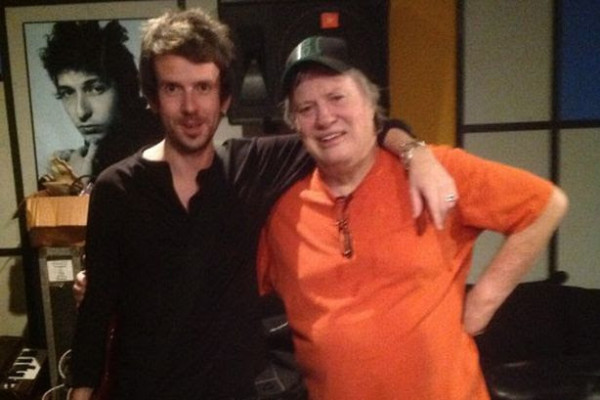 Sometimes special things happen that don’t really have any logic to them. Bolts from the blue, sudden happenings that you didn’t see coming or anticipate.

I’m a fan of these episodes, and one of them brought me face-to-face and note-for-note with someone I’d admired my entire career.

As a musician, I couldn’t mean what I do any more if I tried. It’s my whole life these past 31 years, ever since I was a kid. All I wanted to do was play my guitar, write songs, and maybe one day I’d meet some of the people who lit the touch paper for me.

Well, that’s exactly what happened to me some 6,000 kilometers away — a guy from Glasgow, Scotland, who lives his dream in “MusicCity” — Nashville, Tennessee. I was there, and in the recording studio, to oversee Bobby Keys lay down my track “Why Don’t We Do It Again?” for my new EP.

I was beside myself with excitement! He is, to put it simply, the greatest saxophone player to ever play rock and roll! And he has been the sax player extraordinaire with the Rolling Stones since 1969.

I’m a Stones obsessive – a big, big fan – and to be in the studio with the guy who played the solo on “Brown Sugar,” everything on “Exile On Main Street,” and “Sticky Fingers,” and who played with John Lennon, Paul McCartney, George Harrison, Elvis, The Who, Joe Cocker, and more – it’s just ridiculous.

These artists, albums and songs are the cornerstones of the genre, and Bobby’s playing, and his sound, have become legendary. I just had to be there and I would do it all again. I’ll never forget it!

Right before this rock dream came true, I finished reading Bobby’s book, “Every Night’s A Saturday Night” and I was hooked from page one right through ‘til the end. It’s a blow-by- blow account of his career and a must-read for any music fan. It got me thinking of a new song I’d not long finished writing and demo-ing. I felt like something was missing and I was pretty sure it was a sax part.

I like to think that if you don’t ask then you don’t get, so I decided to try and make contact with Bobby, just in the off chance that he might read my email and lend his playing to the song. I almost crashed my trolley in the supermarket a few weeks later when an email arrived onto my phone that said simply, “Bobby Keys here…send me the track.”

So of course I immediately sent him my song, “Why Don’t We Do It Again?” and he liked it and agreed to play sax on it!  The timing was perfect — he has some spare time before he went back on tour with the Stones.

He could have laid down his sax solo in the studio without me, but the more I thought about it, I decided that this is once-in-a-lifetime stuff. If I don’t try to get out to Nashville, this is going to be one of those moments where I wonder what could have been.

I had to get it together within five or six days. So I shrugged off a much-needed job offer, sold off equipment, guitars and my bike, and pulled in favours from a couple of people who never let me down, which brought me to Nashville for the sax session last September. And quite happily!

At the helm in the studio was Michael Webb, a Nashville stalwart and multi instrumentalist who’s most recently played with John Fogerty and Poco, as well as being Bobby’s right hand man in his Suffering Bastards band. He’s a sweetheart of a guy and it was a highlight of my trip to meet him. I’d like to think a friendship has been forged and I hope to work with him again before too long.

Bobby arrived a little later in the evening and we played through “Why Don’t We Do It Again?” a few times before recording. It was surreal to stand three feet away from him and hear his playing in such close proximity and to see how he loses himself in the music.

Even stranger for me – and the most exhilarating — was that this time the music was one of my songs!

He asked me what I wanted him to do and I said, “Just do what you do – be Bobby Keys.” There is something about his playing that is so distinctively his alone.

I ran through the song a couple of times just for the key, but he did it the first time and worked his magic. He ran through it a few more times but, in all honesty, the first take was perfect. What a player! He was so on it, it was unbelievable! 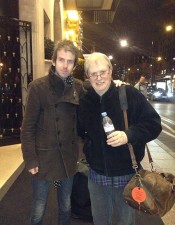 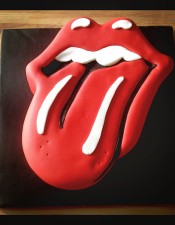 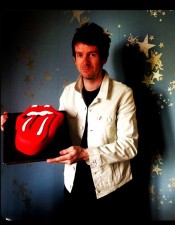 We spent a bit of time afterwards talking about Stones tours of late and days gone by. Bobby is a born storyteller and has a turn of phrase to rival anybody I’ve met.

He shares the same birthday with his great friend Keith Richards, and shared many a late night and early morning together with the Glimmer Twin guitarist. There are many infamous stories about him and Keith, just pure rock ’n’ roll, that’s the way they were.

They were notoriously filmed together heaving a TV set off a10th-floor balcony in Robert Frank’s documentary “Cocksucker Blues” about the 1972 Stones tour. It’s been said that Bobby once hooked a golf ball into Keith’s breakfast, which the livid guitarist then shot with his pistol.

Most famously of all, he was placed on a leave of absence from the Stones when he couldn’t play a gig in ‘73. Keith found him buzzed in a bath tub filled with champagne, with a naked French woman, and smoking a cigar.

It was sax and drugs and rock and roll, and he missed the ’76 tour, and only guested in ’75, ’78 and ’81 (he’s been on every Rolling Stones tour since ’82.) But, party ways aside and long in the past, when it comes down to the music, both musicians are playing for keeps.

Bobby played sax on assorted tracks from Dion’s “The Wanderer” to Marvin Gaye’s “Let’s Get It On” and spins a yarn about many of his collaborations. It was one of the best experiences I’ve had with my music and I’m still pretty much smiling 24/7 thinking about what’s happened and how quickly it’s been and gone.

My track “Why Don’t We Do It Again?” with Bobby Keys on saxophone, shaped up to be something special and you can hear it here: https://soundcloud.com/raymondmeade/why-dont-we-do-it-again-feat  It was released in March, the first of my three planned EPs. (My first solo album, “Fables and Follies,” was released last year.)

If Bobby pays any rumoured solo club shows in Scotland, my plan (with Bobby’s pre-approval) is to put a band together. We’d back him playing a selection of the classic hits on which he’s appeared. It’s in the works, but obviously the Stones come first.

Bobby just seems to love playing and puts his heart and soul into his music. And that’s so important to note, because I think there’s a great lack of soul in modern music. Bands come and go and don’t leave anything, or pass anything on – it’s very superficial and all about how they look. It’s definitely not about pouring themselves fully into the music, like a true artist does.

I am just trying to go about it my own way. I’m not making a living out of being a musician at the moment, but I am at least amassing a few stories and a few special collaborations along the way.

To make a record in Nashville is cool, but to make one with Bobby Keys is, for me, off the scale!  I’d have gone all the way to Nashville just to meet him and shake his hand – it’s that simple.