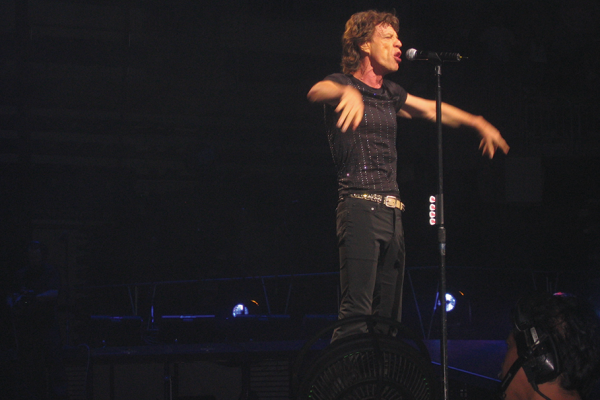 So Divine! My most amazing dream came true on February 11, 2006 when the Rolling Stones came to play on my island of Puerto Rico, doing the Casino Boogie for the first time in San Juan. It was definitely A Bigger Bang and a great Luxury, because I was one of the concert promoters. My Love Is Strong for the Stones and I’ve been to over 200 shows since 1969.

Not much else can be Tops. But there is one other Stones adventure that I Go Wild to remember. And it’s all because I have to be the first to pop the Cherry Oh Baby. My favorite experience in life is to take virgins to Rolling Stones shows. I don’t mean the I Just Want To Make Love To You, Rocks Off kind of virgins. My definition of “virgin” is “never been to a Stones show.” So from my point of view Gimme Shelter is what I do. And I Wanna Be Your Man.

Getting ready to Let It Loose, I was in Miami Beach in my Start Me Up mode to get on a plane for to the Athens Greece Stones show in 1998. I had not been back to Greece for 14 years, and my challenge always is “which Stones virgin will I take this time?” 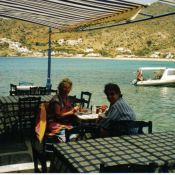 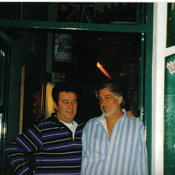 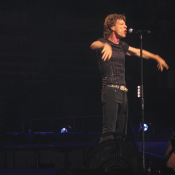 My flight connection was Miami to London where I planned to surprise a wonderful friend of mine, Pamela, a world class artist who would be my virgin for this show. We spent many a night on the fabulous Greek Island of Ios listening to Stones songs under the Milky Way and enjoying our own Memory Motel.

Before I left, I called to tell her to pack a light bag for I had an overnight surprise, Surprise, Surprise, but there was no answer at her flat. I tried calling her all day during my London layover but I kept getting her answering machine. Sad, Sad, Sad. There goes my plan but what the hell, there are plenty of virgins in Athens.

I arrived in Athens around 9 p.m. September 16, 1998. Shattered I checked into to the Grande Bretagne Hotel in Syntagma Square in the center of Athens near the Plaka. I soon found a Stones virgin—my server at the Greek traverna where I was drinking. She Was Hot not just a Factory Girl. So I turned her on to two tickets for the show. I always keep two tickets for myself to have some room to move around and Rip This Joint.

I arrived back at my hotel at 4 a.m., Might As Well Get Juiced, drunk again in Greece, feeling like a Midnight Rambler and really pissed that I could not find Pamela in London. I started to look at a Greek Island brochure and it mentioned Ios. Then in my moment of clarity, after some 28 hours of no sleep and lots of alcohol, it came to me. This is September and Pamela always goes to Ios in September. With that in mind, I had to take a hot shower and try to sober up to devise the plan. Coming Down Again hoping to be Like a Rolling Stone.

On Ios there weren’t many phones in the ’80s, or vehicles, no Brand New Car or Black Limousine or Driving Too Fast or roads, for that matter. Only a twelve hundred Greeks lived on the island I knew about half of them from all of my visits there through the years. Ferryboats leave Athens sea port Pauris at 8:00 am in the morning and arrive on Ios in the evening at around 8:00 p.m., which would be show time.

So there was no way to find Pamela on the island and take her to the Stones concert in time. But like any boy wanting that first taste of love, there was no quitting in me. How Can I Stop? I became a Street Fighting Man.

At 10 a.m., the next morning everything was Under My Thumb. Ios now had phones, roads, & cars.

I was no longer between a Rock and A Hard Place but how would I get there and back, find Pamela and see the show that was just only 10 hours away? I got the number for Frankie’s Traverna and called this place in the center square of the small town, which is up in the top of a mountain.

I’ve had no contact with them since 1984. It is now 11 a.m., in the morning of September 16, 1998 the phone rings and it is Frankie’s mother, she positively knows who I am and is excited to speak to me after all these years, she said, “Ed, we all Miss You”. She tells me Frankie will be in at 2 p.m.. to call back then. I’m determined. It’s Not Easy. All I know is that my virgin for the show is my Summer Romance Pamela; she is on Ios and I am going to take her to the show. After all, she is one of the original Honky Tonk Women.

Here is where it gets interesting, I am going to have to find a needle in a haystack to pull this off. So Complicated. It’s now high noon, eight hours to show time, and I have this Time is on My Side feeling. I am moving forward.

I call the airport and put a helicopter on stand by. It is a one-hour flight with eight minutes of ground time on Ios. Then with, or without Pamela, back to Athens. This is my Happy moment, the chopper will leave at 4 p.m. arrive at 5 p.m. and leave at 5:08 p.m. Back on Athens in an hour. It Won’t Take Long.

It’s now 2 p.m. I call Frankie’s Traverna, he answers the phone. I ask the big question Has Anybody Seen My Baby? is Pamela on the island? He says, “yes!” Oh Dear Doctor this is going to happen! All I need is an Emotional Rescue. I explain that I have travel arrangements to pick her up at 5:00 p.m. in a field by the port beach and to whisk her away to the Rolling Stones show in Athens. Frankie asks if he and his cousin Yani can go too, I say “yes”. But he must find Pamela! You Gotta Move.

Off he goes in his jeep looking for her at all the popular beaches, with no luck. As a last chance, he goes to a quiet beach, and sees this lady sitting all by herself, with a sketch pad. Hand of Fate. He says, “Hi Pamela, you must come with me back to the traverna. ‘Andy’ is calling at 3:00 p.m. to confirm where we need to be for the helicopter to pick you up. You are going to the Rolling Stones concert in Athens this very night!” She looks at him and says, “I do not know anybody named ‘Andy’. But if you mean Eddy from Miami, then I believe you.” She Smiled Sweetly. And Frankie says, “yes, yes, I mean it is Eddy, he is a Saint of Me.”

Crunch time has arrived it is 3:15 in the afternoon. I feel like everything is a 19th Nervous Breakdown. I have not heard back from Frankie, I Am Waiting. I have the car and driver on stand-by to get me to the airport, and had to give the credit card deposit for the helicopter charter. Waiting On a Friend. Then it happened they called. “How are you coming to get us, we have Pamela?!” I became Jumping Jack Flash! It would be impossible to Get Off My Cloud with the feelings I was experiencing. Soon, I was Cool Calm Collected because I wasn’t Losing My Touch. Sparks Will Fly at the concert soon enough.

Next thing I know I’m on a jet helicopter from Athens airport on my way to Ios flying over the Greek islands. It felt like I was 2000 Light Years From Home going back after all those years for such a special moment. This proved to be one the greatest highlights of my life, no Fortune Teller could have envisioned such a story.

As I was about to land I could see all these people that have been a part of my life since the age of 17 looking in such utter disbelief as to the return of their Prodigal Son. We all felt such Satisfaction.

Pamela, the Greek boys Frankie and Yani, the Salt of the Earth all piled in to the helicopter and off we flew back to Athens over the Aegean sea talking on the headsets. Wild Horses Couldn’t Drag Me Away from that moment! I’ve had many memorial experiences in my life but I would be hard pressed to match this one.

In Athens I was finally alone with Pamela. Where the Boys Go? – off with their sister who had gotten them tickets. I was glad to reminisce, Little by Little, about my first moment with Pamela on Ios on May 30,1972 in the sun-drenched afternoon in the village square where we are listening to the just-released Exile on Main St. She watched me light one up, she had her sketch pad out and was drinking some Retsina (Greek wine.) She drew a picture of me as I was moving to the music and doing the Hip Shake. When the album ended I promised that one day I would take her to a Rolling Stones concert.

Now here comes the kicker. Hold on to your Hat! I was 17 years old at the time and she was just 44. So here I am fulfilling my promise on September 16, 1998 when I am now 44 years old. And for me she could Paint It, Black….so here we go Slipping Away to the Stones show with incredible seats, a bottle of Retsina, and with a Loving Cup.

At 71 years young, Pamela as an artist: She’s a Rainbow. We were totally Out of Control and the evening was full of the sweetness of Brown Sugar.

Can you Hear the Music? And oh by the way, the server I gave the tickets to from the Greek traverna was there with a big fat one for me to light up. Dangerous Beauty.

As long as the band is rockin’, I won’t ever Break the Spell with my Rolling Stones virgins. I did, indeed, keep up the tradition in San Juan with my daughter in law & my wife’s two daughters. So if you want to say I’m a King Bee like me, you have to tell Stones virgins Let’s Spend the Night Together because It’s Only Rock & Roll…. and I like it.