by  Andee Baker, from Columbus, Ohio 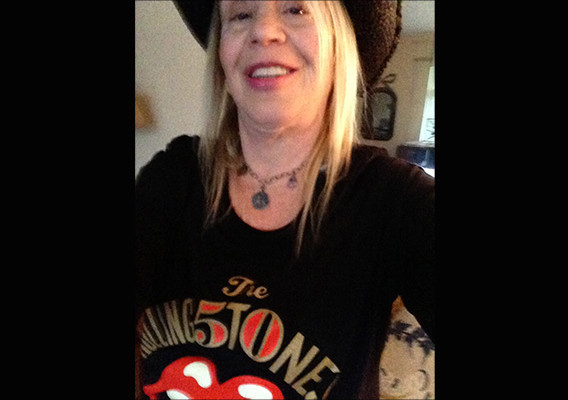 The Rolling Stones gave us U.S. fans such an incredible year in 2013, with the 50 & Counting tour’s inaugural concerts at the UK’s O2 in 2012, right before their long-awaited shows here in NY and NJ!

And now they promise to keep up the momentum this year for more countries and continents with 14 on Fire!

As we always do, Stones fans will rally, travel and meet up all over the world for the upcoming tour – and we’re a force to be reckoned with!  As a sociologist and avid Stones fan myself, the fans’ fascination with our band intrigues me and I have a project about Rolling Stones fans, which takes its lead from our host’s Marilou’s fine book, and offers a different perspective.

I teach sociology at a college campus in the Midwestern United States, and that’s where I began my interest in online communities, identities and relationships. I wrote an academic book on couples who met online called Double Click (Hampton Press, 2005) and I wanted to continue looking at this captivating world of cyberspace.

Around that time, at the start of A Bigger Bang tour, I found fan websites like Shidoobee, and then IORR and Rocks Off. I read posts from fans who had seen the Rolling Stones many more times than I had, and shared their enthusiasm for them online with each other, and at live shows and other fan gatherings.

I decided that along with more technical papers, I wanted to do a book for a popular audience, in fact, for and about fans. I didn’t know about Marilou’s book, Love You Live, Rolling Stones: Fanfare from the Common Fan, published in 2002, until I had started mine; after reading it, I figured that another book about fans could only add to the riches, especially with the band’s career winding down and fans unsure about future tours.

My work brings in the internet and its influence on RS fans. I had the chance to meet Marilou at a Shidoobee gathering, and felt the full joy of her warm, generous and talented self first-hand, and her support of my project. The fantastic Doug Potash of Shidoobee kindly allowed me to post an exploratory questionnaire at the site, and I followed that with in-depth interviews of over one hundred fans, from a number of fan communities. 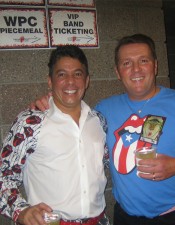 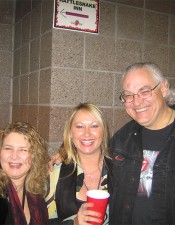 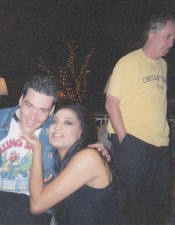 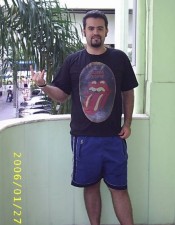 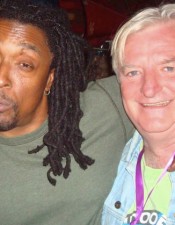 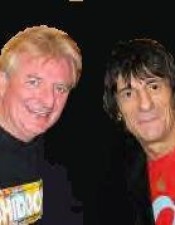 These talks took place mostly over the phone during my off-teaching time, lasting from thirty minutes to several hours. People discussed many areas, including: how they first became aware of the RS; their experiences at shows; their collections; and how they found the online groups they joined.

I’ve also communicated with individual fans on particular issues as needed for writings in progress, such as sexuality and the RS (see my chapter in Helmut Staubman’s edited collection The Rolling Stones: Sociological Perspectives, Lexington Books, 2012), and buying pit tickets for the 50 & Counting tour. Let me express my gratitude now to every person who has contributed so far, thank you so much!

I divided the book into chapters on various topics such as fan nicknames, going to concerts from the early days through today, how the internet has affected fans, and meet ups between fans and the band members themselves. The final chapter will bring us up to date and speculate about the future. I may add a chapter or section on relationships among fans, mainly about people who married or seriously dated after meeting up through the RS.

If anyone has a story about a serious relationship you found with another fan, please contact me. I can also use more stories, and especially photos,  from fans who have met a member of the band in person, so I’d love to have you send me those too. For the book’s conclusion on the future, I am collecting thoughts from people who have something to say on that topic. For each and any of your contributions, I can either identify you by your real name, your online nickname, or a different name, whatever you prefer.

I found a publisher for the online, electronic, e-version of this book, to be completed and published by the end of 2014, if all goes well. I will post more info when it is available on my own website, which is under construction. Btw, I am known as “andee” most places online, a childhood nickname, and also “angee” on IORR. Some of you may have seen me wearing my black Stones cowboy hat at shows or on film in Vers l’Olympe, Philippe Puicouyoul’s 2008 movie about fans. If you have questions at all, feel free to write.

For the last chapter on the future of the band, I would like to have ideas and predictions from as many people as possible who have an opinion. And that shouldn’t be a problem, because if there’s one thing I found out, Rolling Stones fans have plenty of opinions! So let it loose at andee9@gmail.com.