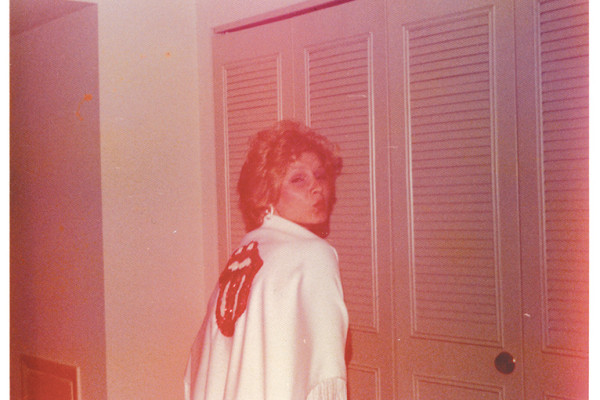 1. Which ONE Rolling Stones song would you put on your play list on a space voyage?

“Let It Loose”, from “Exile on Main Street”, the last song on side 3.When I first heard it, I swore Mick was singing “Marilou, let it all come down.” I might have been a little stoned then, but to this day I still think I can hear Mick sing my name.

2. If you were stranded on a desert island with a solar-powered I-pod with only one Stones album on it, which one would it be?

“Stripped.” I was in the audience at both Paradiso shows in Amsterdam in 1995 where many of the songs were recorded.

3. If you could pick any era to be hanging with the band during their 50 year history, when would that be?

Right now! After 50 magical years of incredible history, it’s the pinnacle for me too.

4. Which Stones event has inspired you the most to want to be a rock star?

Watching the Rolling Stones on the Hollywood Palace in June ’64, where sloshed host Dean Martin mocked their appearance. I wanted to be just like them – with their fuck-you performance attitude. It was reported years later that that the Stones refused to change into matching white outfits the producers offered.

5. Which of the Rolling Stones have you had the most sordid dreams about?

I’ve had sordid dreams about Ronnie Wood where his kinetic hyper energy definitely translated sexually. After which he paints a super hot naked picture of me in the afterglow. Ooh la la!

6. If you could swap lives with one of the Stones, who would it be? Why?

Charlie Watts. I can’t think of a better way to spend my life than being the heartbeat of the greatest rock band in the world.

7. What’s the craziest thing you ever did regarding the Rolling Stones?

I wrote a love letter to Brian when I was 12 and sent the same one to Mick and to Keith. I was completely sincere, but delusional, hedging my bets nonetheless. I really believed one of them would reply and spark up a romance.

8. What is the most recent Rolling Stones-related thing you did?

This questionnaire. Tomorrow I’ll be writing more about the Stones and then more again.

9. Where has the image of the Rolling Stones tongue appeared in your life?

Everywhere you look in every room of my house! And on many of my clothes. And in my car. I’m always doodling tongues everywhere too.

10. What are your favorite Stones lyrics?

11. What is the first Rolling Stones song that resonated with you and when?

My dad was always bringing home hit records of his icons Elvis and Sinatra. He surprised me with the Stones “Not Fade Away” single in 1964, but I wore out the B-side first: “I Wanna Be You Man”. Neither are Jagger/Richard tunes but the Stones made them their own.

12. Which is your favorite Rolling Stones album cover, and why?

Sticky Fingers! I incessantly slid that notorious zipper up and down, drooling at the bulge in the tighty-whities inside, listening to the best album ever recorded to fuck to. I taped the iconic tongue logo on the wall above my stereo. John Pasche designed it and Andy Warhol shot the cover, which was censored in Spain. Fans there got a very un-sexy version – a lady’s hand coming out of a can of molasses/treacle.

13. What is the best reason to be a band member in the Rolling Stones?

Their musical and cultural legacy. And the chicks, man.

14. What is your memory of perfect Rolling Stones happiness?

Any time I see them perform live!

15. What is your biggest Rolling Stones fantasy?

Since my pre-teen days I have always wanted to be a Rolling Stones muse, like Marianne Faithful, but with longevity like Patti Hansen. She’s one lucky lady who gets to live the ultimate fantasy married to Keith, who clearly still adores her!