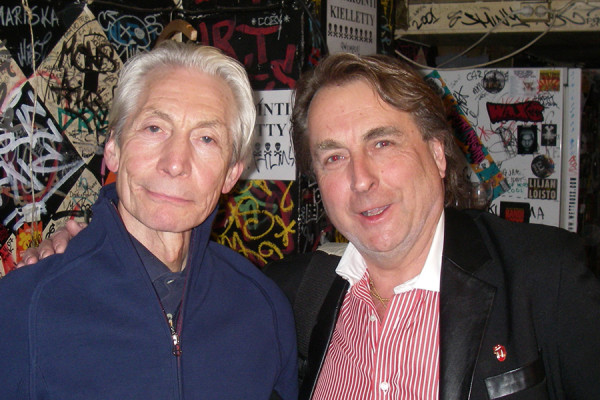 I was very happy to grow up during the swingin’ Sixties when music from England was by then BIG over here in Sweden as well as in Western Europe. I became a Rolling Stones fan in 1964 and I went to my very first Stones show in Stockholm, Sweden, on September 4th, 1970. I was 19 years old and my heroes were in front of me and it was incredible!

From there my Stones journey has rolled on, so to speak. I have also been to MadisonSquareGarden to see them in 2005, and in 2007 I saw them in Gothenburg, Oslo, Copenhagen, and all three shows the same week; in London at the O2, with six shows in one summer – all together 20 shows so far. That’s not many shows compared to some fans, but I was euphoric to have seen them each and every time!

I`m a proud Member of The Nordic Stones Vikings, a Swedish-based fan club and I enjoy many facets of the Stones from yesterday to today. I have been lucky to meet a few of them backstage: Bill Wyman (four times), Charlie Watts, Mick Taylor, and their former manager Andrew Loog Oldham (twice) and the Stones first bass player, Dick Taylor.

Charlie is a very nice gentleman, (and so is Bill), very English in his style, very polite and not a person who is sick and tired of fans hanging around asking for autographs and such. I’m SO PROUD of having been able to meet both of them back stage and to have a chat, with autographs and photos taken. And guess what, Charlie is interested in aircrafts (I am an Airline Captain for Sweden’s biggest charter airline TUIfly Nordic, flying Boeing 767-300)!

I have also traveled around England in the footpaths of the boys: Cheltenham, the birthplace of Brian Jones (twice), which is also where Brian`s grave is located; Dartford, where Mick Jagger and Keith Richards were born and raised; and the train station, Platform 1, where they re-met as blues-loving teenagers.

If you go to London there are a few places I strongly recommend that you visit like I did: the former pub, Bricklayers Arms, now a house with book shop, at 7 Broadwick Street. In the spring of 1962 it was the Soho pub where Brian Jones auditioned the initial members of the band who answered his ad in Jazz News; the band had their first rehearsals upstairs.

And don’t miss 102 Edith Grove in Chelsea; the house still stands where Brian, Keith and Mick lived for about half a year from August 1962, during the record cold UK winter. The two-room flat they rented was said to be so filthy that is disgusted their visitors, the Beatles, who also lived in Chelsea. But it’s really a Stones shrine because it’s where Brian and Keith first practiced and developed their legendary guitar weaving.

I have also been to visit Cotchford Farm, where Brian Jones lived and died.  A good friend of mine knows the people who bought the farm back in 1970. I was inside the house and toured Brian’s music room (or what used to be Brian’s music room) and saw the pool where he was found dead. I’ve also met, Brian’s Swedish girl friend at the time, Anna Wohlin. Today Anna is running a small shop selling ladies clothing just outside the Stockholm city center.

I’ve actually walked the public foot path around Keith’s house, Redlands, in Sussex, and toured Studio One at Olympic Studios in Barnes, London, England, where the Stones recorded their first single, “Come On,” (a second version was also recorded at Decca Studios, but the original was released.)

The Stones also recorded the bulk of five consecutive albums between 1967 and 1970 at Olympic Studios: Between the Buttons (1967); Their Satanic Majesties Request  (1967); Beggars Banquet (1968); Let It Bleed (1969);Sticky Fingers (1970), (some tracks were also recorded in Rolling Stones Mobile, RSM, Stargroves, Newbury, England.)

Exploring the same paths as the young Rolling Stones did is a remarkable journey of its own. It gives you a sense of their roots and how they’ve evolved as musicians and as men. 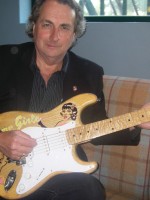 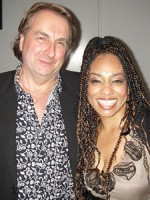 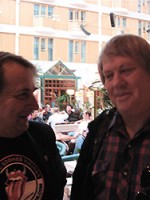 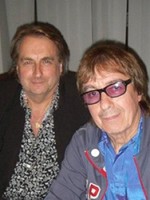