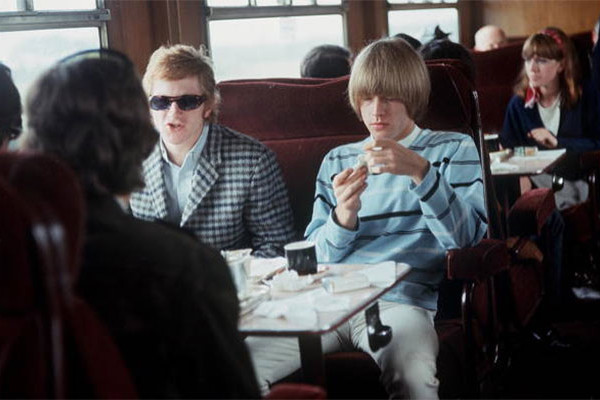 The Rolling Stones grabbed a richly-deserved Grammy win on January 26 with the soundtrack for “Charlie Is My Darling – Ireland 1965.”

The music-to-our-ears, with some of the band’s earliest live recordings, comes from the eponymous documentary, which is a tour-de-force from ABKCO Music & Records that shows the hysteria from their hoards of fans and the frenzied riots incited by the band’s live performances.

The creative vision behind the project, producer Robin Klein, with director Mick Gochanour, developed the new 65-minute version of the film that was shot by Peter Whitehead over a weekend in Ireland in early September 1965 for the Stones second tour there.

It was only a few weeks after Satisfaction topped the charts as an anthem for an entire generation, and the Stones play the song live for the first time in their cinematic debut.

As an unintended rockumentary, it has newly discovered and never-before-seen – or heard – performances that the ABKCO team uncovered, along with a source of first-generation audio recordings of the band’s concert performances that created the new Grammy winning soundtrack.

“The film and the music didn’t exist in that format at all,” Robin Klein told me in a phone interview before the nomination was announced. “The performances and the audio were not there as you see and hear them now.”

The team were working with 45-year old film and tapes that were a hodge podge of scenes, scenarios and songs, and the results are a colossal contribution to the band’s legacy.

“We looked to do something special and to restore it for the Band’s 50th Anniversary,” said Robin, who is the daughter of ABKCO founder Allen Klein. “We worked for a year to examine 400 feet of clips with scenes that were only shot for about 10-to-15-seconds each.”

With 90,000 individual frames of hand-restored negative, work print and optical prints, the restoration process was beyond painstaking. It was a kind of Rubik’s cube of black and white silent film clips, along with music snips recorded on obsolete three-track tape. It all had to be put together, aligned and in sync; and when it was digitally restored after thousands of hours of sorting out the combinations, it all clicked together perfectly to bring us the first professionally shot live concert footage of the Brian Jones era of the band.

The remarkable soundtrack of their earliest live songs received the Grammy Award for Best Historical Album. It went to compilation producers Teri Landi, Andrew Loog Oldham (the band’s original producer/manager), and Steve Rosenthal, as well as mastering engineer Bob Ludwig. It was presented during the 56th Annual Grammy Awards non-televised pre-ceremony at the StaplesCenter in LA that was streamed live on the Grammy website) and it is definitely a well-merited win.

The Grammy Awards are infamous for their ridiculous award inconsistencies – this is only the Stones fourth golden gramophone – despite an unsurpassed rock catalogue like theirs, imagine!

The judges got it right this time by honoring the soundtrack for “Charlie Is My Darling – Ireland 1965”, which has amazing footage of the Stones performing original hits like, Time is on My Side and The Last Time, as well as covers of blue classics they made their own, including Solomon Burke’s Everybody Needs Somebody to Love and Willie Dixon’s Little Red Rooster.

The concert scenes are, of course, driven by the music and the soundtrack is outstanding for its quality and historic significance.

“When I first listened to the audio of Satisfaction, the hair on back of my neck stood up,” Mick Gochanour told me on speaker phone during the interview with Robin Klein. “(The Stones) had performed it on TV before, but it was the first time it was recorded live in concert. It was just incredible to hear that extraordinary history we had stumbled across.”

Mick described the daunting challenge it was to piece together the footage: “It took eight months to synch up the soundtrack with the live performance. We had to figure out what song we had enough coverage for, and during the middle (of the editing), we realized that we had six complete performances from the two different cities, which were recorded on three-track tape.”

The ABKCO team tried to put together the film in 1989, “ but it was overwhelming, we couldn’t do it without the technology we have now,” Mick said. “Some things were listed as outtakes in the vaults, so the research was detailed, and the listening hours were long.” But oh what a joyful noise! 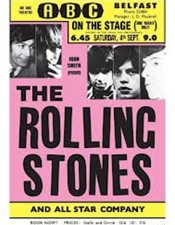 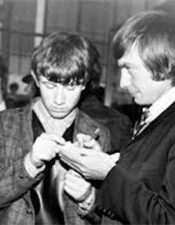 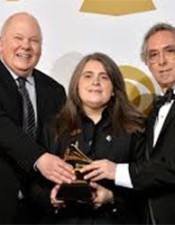 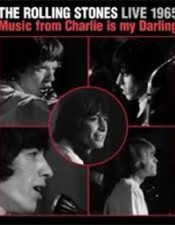 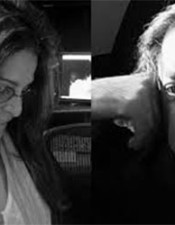 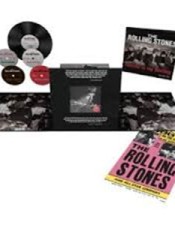 The soundtrack album was released in digital format with 13 tracks on Jan. 21 for a limited time. It was originally available only as a CD/vinyl bonus with the 2012 Super Deluxe Box Set edition DVD/Blu-ray of the film, which has a fantastically designed package. There are amazing Stones collectibles inside, including a book with fabulous, exclusive photos and one of over 200 Limited Edition numbered and enlarged cells randomly inserted from the film.

“It was never supposed to be a film, it was a screen test really,” Robin reminded me. “Andrew (Loog Oldham) wanted to get the Stones comfortable in front of camera.”

Robin confirmed that the shoot was not a response to the Beatles’ movie, “A Hard Day’s Night,” the popular – but incorrect – notion. The Rolling Stones had much bigger aspirations. They wanted to buy the rights to “A Clockwork Orange” and to star in the film.

Oldham enlisted Whitehead to see how the band would come across on screen; it was a planned quick hit since they were off to L.A. right after the Dublin and Belfast shows to record Get Off My Cloud.

The end result with “Charlie Is My Darling – Ireland 1965”  is an detailed intimacy that’s a precursor to today’s reality TV shows, with a camera following the Rolling Stones backstage, in trains, planes and automobiles, and in smoky hotel rooms where they candidly discuss their future with uncanny insight.

“Peter (Whitehead) didn’t even see the footage. He just happened to be shooting the concert and the riot, he really wanted only interviews,” Robin said.

And then he put aside most of the footage, she noted. “Loads of film was never processed – they didn’t have the need for that in 1965. But Peter knew enough to print the riot,” Robin said. The infamous riot footage also makes an appearance in the 2012 documentary “Crossfire Hurricane” and scores of other films.

“I’m really lucky to have access to this footage and this music,” says Robin. “It’s really an honor to spend your days watching (the footage) and to think about most honest way to portray it.”

Stones fans have long had a love affair with the 35-minute version of the film, titled “Charlie Is My Darling” (director’s cut) that Whitehead crafted and was produced by Oldham in 1965, but was never officially released. Later, Oldham put together a 50-minute producer’s cut that was first seen in the 1980s (both the director’s and producer’s cut are also part of the Super Deluxe “Charlie Is My Darling – Ireland 1965” release.)

“Andrew never would have allowed anything like that to be seen back in the day,” Robin said. “He didn’t allow anyone to see how the magic was made.”

A few of the original director’s cut versions surfaced in the 1970’s, which was when I enjoyed viewing a perfect copy at private screenings in the home of collector and Stones video archivist, James Karnbach. We went wild over our phenoms in such a revealing film!

When you watch Mick and Keith composing Sittin’ On A Fence and singing drunken piano renditions of Beatles’ cover tunes with Keith at the keys, you can clearly see now how they were then on the cusp of magnificence, soon to blow up into The Greatest Rock and Roll Band in the World.

Bootlegs of the original version, with grainy visuals and out of phase music, have also been around since the Sixties and cherished by fans for the glimmer into the band’s earliest days. Whitehead would later capture “swinging London” in other films, but “Charlie is My Darling – Ireland 1965” is an unprecedented access to the original Rolling Stones and offers an insider’s view into the magic of a blossoming band as they forged a rock rebellion.

For devoted Stones fans, this incredible film and soundtrack reminds us “what is past is prologue”. And if you doubt me, step inside the tongue pit at any Rolling Stones concert anywhere and you’ll know what those Irish teens felt like in 1965 — because we’re still on fire for them in 2014!