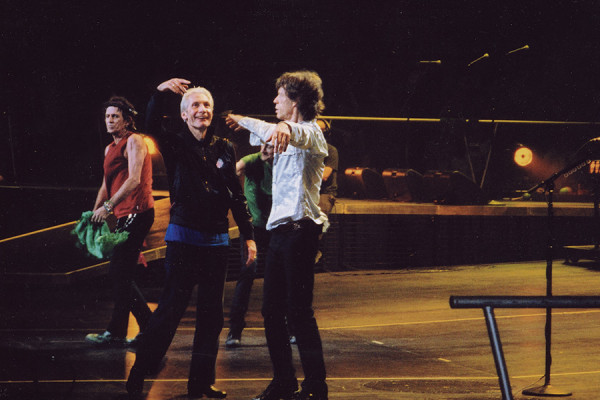 Throughout the Viking Age, which lasted for 300 years from 793 AD to the 11th century, the Vikings’ spirit of adventure and swift ships brought them to great lands. Some modern day “Nordic Vikings” kept up their ancestors’ tradition and made their first trip to the USA for the Madison Square Garden A Bigger Bang shows in January 2006. I was especially thrilled to join these Swedish Stones fans as they invaded North America once again in the 21st century.

By chance I was one of the catalysts who helped the Nordic Vikings initially band together because of a visit to my Swedish friends Hakan and Marianne in Stockholm for the Licks tour in July 2003. I first met them in London in 1994 where I was documenting what would become my personal Rolling Stones History Tour. 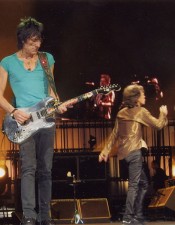 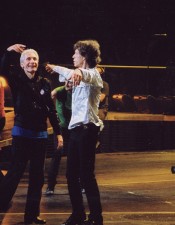 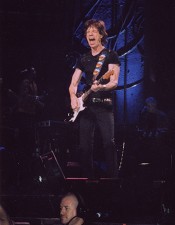 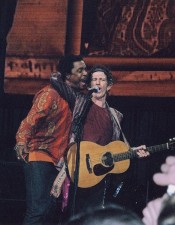 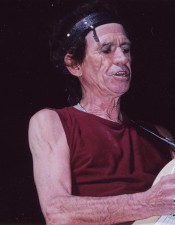 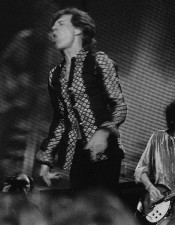 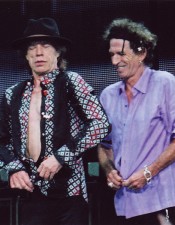 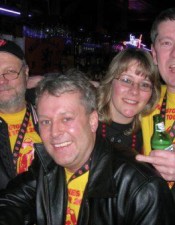 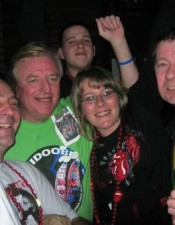 Nearly ten years later during the European leg of Licks, our worlds would collide at a Shidoobee party at the Hard Rock Café, Stockholm, with Stones fans from across Sweden along with many members of the USA-based Shidoobee Fan Club. It was there that I introduced the Swedes to Stonesdoug (Doug Potash), an American who organizes the international Shidoobee fan scene through the internet. The Scandinavian fans first came together in cyberspace through his and other Stones fans’ websites and they finally met live and in real time at the Stockholm Shidoobee party.

The Stockholm party was a gas, with Stones music, trivia and prizes along with an over-abundance of food and drinks! We shared Stones stories, admired scrap books and posed for pictures. We talked and laughed, and bonded, and once again I was struck by the beauty of a group of like-minded Stones fans meeting each other for the first time. Culture and language barriers have no place at a Rolling Stones fan’s table! To outsiders not hip to what it was all about, we looked as if we’d known each other forever.

Out of that initial meeting and the fun that ensued, a new rock beast was born. The Swedes who first met each other that day and loved what they experienced, formed a Swedish offshoot of Shidoobee — the Nordic Vikings. A large contingent of Shidoobees was in town from all over the world for the A Bigger Bang shows in NYC, and we had a fantastic reunion with the Vikings at gatherings before and after the shows.

So from the humble beginnings of a chance meeting in London in 1994, to January 2006 at the Garden, another facet of the Stones internet community took root and blossomed. And I am so happy to be a part of bringing these new faces together!