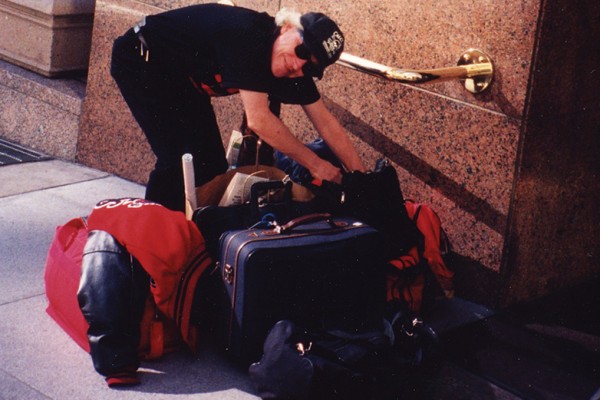 Which ONE Rolling Stones song would you put on your play list on a space voyage?

If you were stranded on a desert island with a solar-powered I-pod with only one Stones album on it, which one would it be?

“Aftermath” (U.K. Decca, 1966) — The first LP with all Jagger/Richards compositions.

If you could pick any era to be hanging with the band during their 50 year history, when would that be?

Which Stones event has inspired you the most to want to be a rock star?

Which of the Rolling Stone have you had the most sordid dreams about?

If you could swap lives with one of the Stones, who would it be? Why?

Keith, because I’d be married to Patti.

What’s the craziest thing you ever did regarding the Rolling Stones?

Followed them around the world for half a century.

What is the most recent Rolling Stones-related thing you did?

Filled out this questionnaire.

Where has the image of the Rolling Stones tongue appeared in your life?

What are your favorite Stones lyrics?

“Hey You, Get Off of My Cloud”

What is the first Rolling Stones song that resonated with you and when?

Which is your favorite Rolling Stones album cover, and why?

“Their Satanic Majesties Request.” It has the most design of all of the covers up until then, with the 3D and the background and costumes and poses.

What is the best reason to be a band member in the Rolling Stones?

What is your memory of perfect Rolling Stones happiness?

What is your biggest Rolling Stones fantasy?