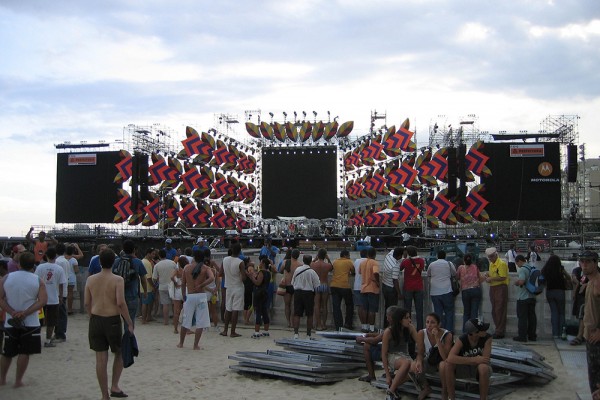 The “Bossa Nova Cradle” transformed into “Rolling Stones Universe” when the gentle rhythm that João Gilberto spread worldwide was replaced by the rockin’ rhythm of the Stones.  On Rio de Janeiro’s famed Copacabana Beach, the band played a free concert to their biggest audience ever – a million and a half fans – on February 18, 2006. A very hot summer indeed!

It was to be an unparalleled Rolling Stones event, and I was among the thousands who welcomed the band and the music and excitement they would bring!

The Stones, their entourage and crew all stayed at the Copacabana Palace Hotel where a walkway was constructed above Atlantic Avenue from the hotel to the immense stage built just for the show. It was the only way to get the band and their people quickly, and safely, to the beach and back. Lenny Kravitz’s promoters learned the hard way when it took Kravitz three hours to get to the stage traveling on the streets and through the crowds for the Live Earth concert here in 2007. This time the Stones would have a bridge to the fervent fans waiting for them on the beach.

Security was tight with hundreds of police officers along the beach. There were over 4,000 VIP guests for the show including Mick’s seven-year-old son, Lucas Morad-Jagger, and his mother and Brazilian supermodel Luciana Gimenez. The special guests watched the show from an enclosure next to the stage.

The vibe was quite different than it typically is for events in Rio. This is more than the usual Stones pre-concert good-feeling factor; it’s fuelled by the samba and party culture that makes Rio the sexy and exciting city that it is! The hawkers in the street beat the Stones official merchandise hands down. A myriad of beautifully designed T-shirts, wrist bands, earrings, bandanas, flags etc, were available. Even the cans of beer had their Stones on. The restaurants had mouth and tongue-shaped food and the beach sculpturers were kept busy.

The epicenter was the Copacabana Palace Hotel. This was a true rock circus. Everybody’s hanging out, from the Brazilian hard core Rolling Stones fans dressed to the occasion wearing their Stones outfits, to the curious people and tourists pointing their cameras on the whole scenario.

The famous Copacabana beach looked even more beautiful when I got there three days before the show. It was full of expectations and anxiety. I wanted to check the spot, to see with my very own eyes the place being dressed to host what was to become one of the greatest Rolling Stones concerts ever. The sun was still up and shining brightly. It was not a fantasy. It was real.

“The Little Princess of The Sea,” as the Copacabana beach is poetically known, kindly conceded its beauty to the dionysiacs Mick Jagger, Keith Richards, Charlie Watts and Ronnie Wood. From that black, magical and huge stage, which landed straight on the beach sand, they were – in a short time – about to cast a spell on more than a million helpless souls. They gathered gladly in front of their masters to let their minds and spirits be taken by their music. And I certainly was thrilled to be one of them.

The day before the concert the general excitation was almost at its highest level! The place was incredibly crowded. Stones fans, tourists, bystanders and street-sellers were displaying more Stones merchandise than one could think of. Plus a medical center, police cars, TV Units, and facilities were being placed here and there, roadies were doing the sound check (with Bernard Fowler singing bits and pieces) and the Rolling Stones themselves were already in their hotel penthouses, just across the street. All of this made Copacabana an incredibly crazy party scene!

Even Patti Hansen, with one of her and Keith´s daughter, was strolling along the beach and among the mass of people without being recognized. “Copacabana was warming up for the Stones”, I said to myself with a big smile on my face while meeting with some hardcore Stones fans from Argentina, England, Japan and Norway. 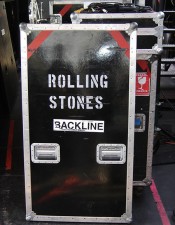 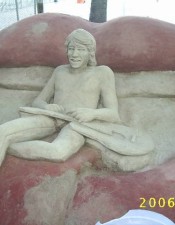 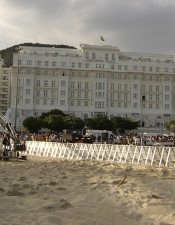 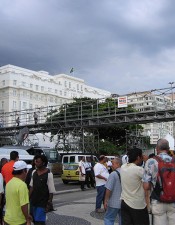 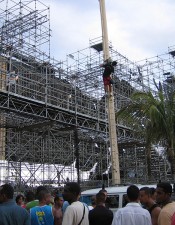 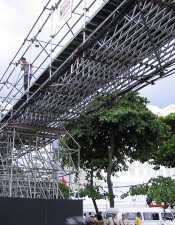 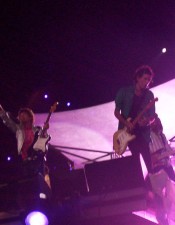 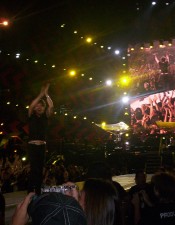 On show day I swallowed my breakfast and ran to Copacabana as soon as I could. I didn’t want to get trapped in the traffic as I knew people from all over Rio had only one destiny: Copacabana. I was with my son and we went to meet other Rolling Stones fans at a friend’s house, before heading to the “magic place” a few blocks away. By the end of the afternoon, with our VIP passes, we finally got into a reserved area in front of the stage feeling happy and relieved to be there.

Behind us, all one could see was a sea of heads. It was impossible to point out the limits of the sand, the sidewalk, the road. On the sea, hundreds of boats, small and big ones, were anchored nearby, while the wall of buildings facing the beach had all their apartment windows open wide. When the sun went down, they were all lighted and looked like a decorated Christmas tree. Copacabana was ready for the Rolling Stones, the center of our universe.

The last opening act had finished their set and the stage was finally left clean for the Rolling Stones. Some time later, people from the apartment windows and balconies closest to the hotel started screaming the moment they spotted the band taking their way to the “killing floor”, as says Ronnie in his autobiography. They crossed that special bridge from the hotel and the “cage was opened”. The lights were turned off, the crowd went crazy. We knew the show was just about to begin and that our long wait had come to an end! 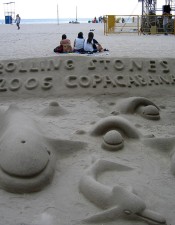 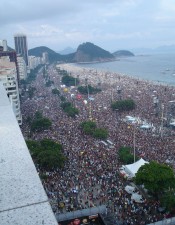 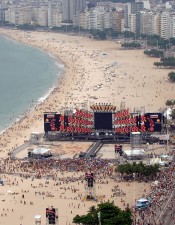 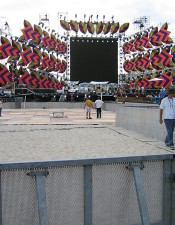 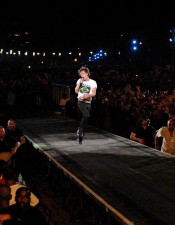 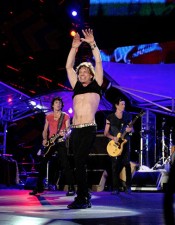 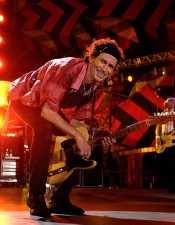 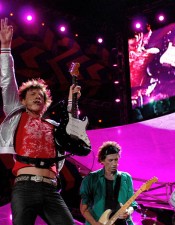 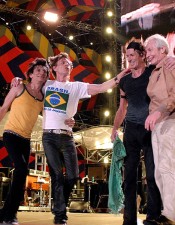 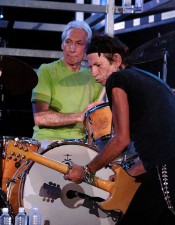 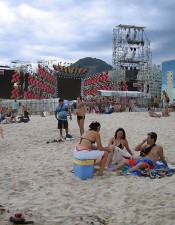 From the moment I heard the first guitar riff of “Jumping Jack Flash” sounding loud and clear on the PA, until their final goodbye waves, the night was absolutely fantastic. We danced, jumped, sang-along, screamed, and hugged each other. The Rolling Stones made Copacabana shake like never before!

But one little image I still treasure in my mind was when the B-stage started to move towards the mass of people. From a distance, it looked like a vessel sailing away across that sea of heads, taking the guys into the heart of the exultant crowd.

It was then that I realized how completely vulnerable they were surrounded by a million hysterical fans. It seemed they were about to disappear engulfed by the whole crowd around them. I was afraid something might happen. However, when the B-stage started to move back bringing them safe to the main stage, it was like a ship bringing back their men after one more conquest. Brave guys!

When everything was over, I took one more look to the Copacabana Palace Hotel while my thoughts did a flash back to January 1968. It was there where I first saw Mick Jagger face-to-face. Little did he know what the future would hold for the Rolling Stones when he took his first glance to the beach in front.