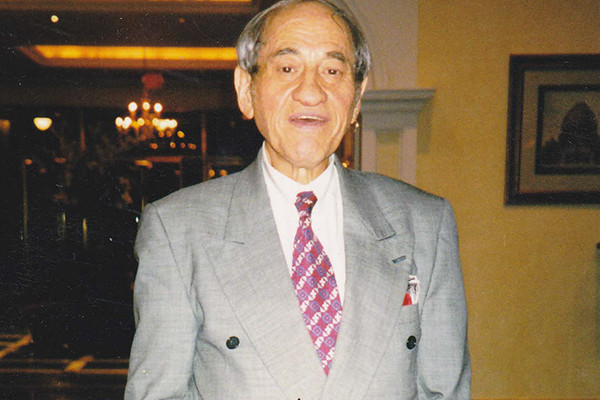 There have been many completely wrong things written about Freddy Sessler since his death, which he would have thought was hilarious. One book said that he met the Rolling Stones in the ‘60’s through Brian Jones via John Lennon, which was one of his total bullshit stories he circulated about himself. And he would have cracked up over it being published as truth, especially since Freddy didn’t start hanging around the Stones until 1972.

His nickname was often interchanged as “Freddie”. A lot of people did it and he switched the preference back and forth through the years. Fred scolded me for using “ie” on over 200 invitations for a party in his honor and he made me change them all.

Even Keith Richards used “Freddie,” in his autobiography Life. Freddy would have laughed his ass off about that choice, since he was in the “y” stage in his later years. But he probably would not have made Keith change it. Fred was Keith’s best friend and father-figure and spent three decades in Keith’s company as his closest confidante.

He was also the self-proclaimed “world’s oldest Rolling Stones groupie” before he died at the age of 77 on Keith’s birthday, December 18, 2000. Many of his friends were freaked out by the eerie timing, which we figured Fred somehow coordinated and his spirit was laughing about it from (probably) above.

But one thing that Freddy Sessler would not have found funny at all is the title “drug dealer,” which is a grave misnomer given to him after his remains were resting in a grave at Hillside Memorial Park in Los Angeles. No one who knew the real Fred A. Sessler in real life would ever label him a dealer.

Undoubtedly, lots of movie stars and rock stars had their hands in Fred Sessler’s medicine chest through the years, contributing to his infamy. Freddy was definitely rock ‘n roll’s go-to-guy for many illegal substances. During rock’s most hedonistic days in the ‘70’s and ‘80’s, he partied with bands like the Stones, Led Zeppelin, the Who, the Faces and Aerosmith, and with artists like Eric Clapton, David Bowie and Iggy Pop. And he continued to be quite a party boy until about two years before his death; that’s when he slowed down (but never really stopped) and began thrice-weekly dialysis sessions for his well-worn kidneys.

In his heyday, Fred always had the best drugs around: pharmaceutical grade cocaine, mind-blowing psychedelics, and “Sessler’s Helpers,” a huge variety of pills from Quaaludes and codeine, to barbiturates and amphetamines.

But Freddy never supplied heroin. He despised that drug with a passion, which was his only dichotomy with Keith. And he certainly never charged anyone any money for any of his coveted, illicit wares. So he’d hate knowing that he was being called a “dealer,” as named in a few Stones-related books and articles. Even Ronnie Wood called him “the drug pusher to the stars” in his autobiography.

“I was with Freddy longer than his three wives combined, and I definitely know that Freddy gave away drugs to anyone who asked him – from band members down to the roadies – and nobody ever gave him a penny for anything,” said his girlfriend of nine years, Terry Hood.

“They’d think nothing of calling him in the middle of the night for something to bring them down or keep them up. But Fred was never offered – or asked for – any money. He was not a drug dealer.”

Arden Frederick Sessler had many proven incarnations: a Polish Jew; Holocaust survivor; and businessman (who earned millions and lost it, several times over). He was also an inventor, a wild raconteur and quite the dapper dresser, who supported his 5’5” wobbly frame with a fancy, decorative cane that he’d sometimes use like an extension of his arm. And if you were lucky enough to be in his inner-circle, Fred was a loving, caring, loyal and true friend.

But he was best known for being one of rock ‘n roll’s larger-than-life legendary characters who was witness to – and host of – some of the most notorious parties in rock history. Iggy Pop called him “the kind of guy who can make a party happen.” It was actually Freddy who was the happening. 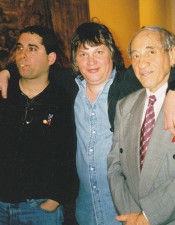 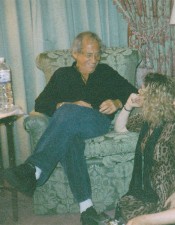 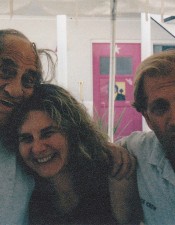 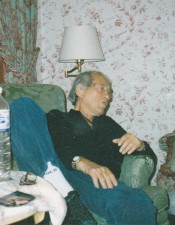 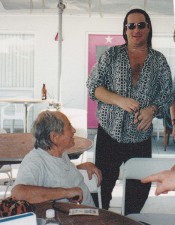 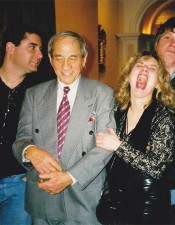 He was a bon vivant with a pedigree. His brother Siegi, the eldest of the seven Sessler siblings, was one of London’s most famous restaurateurs and club owners of the late 1940s, ‘50s and ‘60s, and Freddy was on the scene. He got to know many movie stars, some intimately, and had more than a few sexy and sometimes questionable encounters he bragged about, like an alleged blow job from Liz Taylor in a limo.

As the consummate partier, Fred exponentially honed and sharpened his partying ways, which were often totally out of control. Keith wrote about an infamous incident in his book Life when he had to shoot a bullet through the floor of his room to get Fred and his entourage (the “Sesslerettes,” who varied from tour to tour) to break it up.

Freddy usually had a woman (or two) on his arm, or his lap, and could treat her like a goddess one minute, and a whore the next. Incredibly charismatic, he might compliment and charm you privately on one hand; and then later, with the other, cut you down with a loud insult in his thick, gruff, Yiddish accent in front of a room full of people. He spoke five languages and “fuck” was probably his favorite English word, which he used interchangeably as a verb (“fuck this,” “fuck you,” “fuck everyone”), an adverb (“Stones were fuckin’ amazing”) and adjective and noun (“fuckin’ mother fucker”).

Fred loved to shock and he would confess his most intimate secrets – or yours. During a party in his room at the Amstel Hotel in Amsterdam during the Voodoo Lounge tour, he pointed out a beautiful, sexy young woman and told me that she was a prostitute and detailed what she would be doing for him later on.

And he shocked everyone into silence, then nervous laughter, after a Stones show in London during the Bridges to Babylon tour. He shouted out to a hotel room full of many drunk and coked-up party-goers that his female companion “has her clit pierced” and asked “does anyone want to see it?” Nobody did.

Freddy was even controversial among his own family: One of his three late sons (all of whom died tragically, more later) disputed his father’s claim that he escaped from a concentration camp during World War II. Fred told a couple of conflicting stories of how it happened.

Full of contradictions, you never knew when Freddy would tell you some incredible story and after you were totally sucked into it, he’d tell you that it was a crock of shit and laugh at your gullibility. But most of those incredible stories were true and he was a master storyteller – that’s exactly why it was so easy to be fooled.

“Freddy would tell you the most outrageous stuff about himself that you couldn’t possibly believe as truth, but it usually was,” Terry Hood laughed. “It was the stuff that you did believe about him that were lies. He always made crazy things up because he wanted to entertain, he was a real character.”

I knew first hand that he was quite a character and I uncovered much about his past when he asked me to ghost-write his autobiography and gave me a box filled with pages of his notes and memories, which he typed single spaced. Terry Hood said he spent a couple of years, over all, in her apartment in Florida in the mid ’80s, furiously writing.  It was packed with gems that needed recording, as he was getting ready to make more wild memories through the 90’s

But Fred Sessler wasn’t all about sex and drugs and rock and roll. He was a visionary in the business world and had many unusual enterprises, some good – like light bulbs, and some bad – like the Amphicar, an amphibious vehicle that sank during the launch. He also had an established Miami “clinic” at one time where they were treating stress in obesity patients with Quaaludes and appetite suppression pills while they were in treatment with a psychologist.

A controversial business that Fred created in 1981 was the Miami Venom Institute, where patients received daily injections of diluted poisonous snake venom for treatment of arthritis, MS and nerve disorders.  He developed the serum, PRO-VEN, in a clinic he had built in Hallandale, Florida, with famed snake handler Bill “Snakeman” Haast, who told the St. Petersburg Times: “The clinic will be computerized and fully staffed with specialists to meet all the data gathering requirements of the Food and Drug Administration.” The University of Miami was involved in studying the clinical trials.

Fred’s motivation to focus on harvesting the poison was not just business-driven; rather the tiny, cranky Jewish guy was extremely benevolent and he would often show how big his heart really was. When Fred learned that venom treatments were reducing MS symptoms, he wanted to help some friends whom he considered like family. Keith Richards’ aunt had a severe case of MS and she was a clinic patient, as was Ronnie Lane, former bass player of the Faces and Small Faces, who had become destitute. Fred paid for his care and Ronnie was said to be slowly improving.

Fred was a long-time friend of the ailing rock star, and in an article about Ronnie Lane in Rolling Stone magazine on August 5, 1982, it said that the venom injections, combined with rigorous therapy, “arrested the physical deterioration associated with the disease. Suddenly he had hope.”

But the rock star’s hopes were dashed when the FDA did not approve of the venom treatments; Freddy chose to close down the Miami Venom Institute in 1982. Fred gave Ronnie Lane a year’s worth of injections as he moved to London, but when they ran out, in hindsight,  Ronnie changed his assessment. He said his symptoms actually improved without the venom treatments. He told British journalist Dave McNarie he realized after he stopped them that the injections hadn’t done anything to help his disease, and they made him “smell like a snake.” But Ronnie told everyone who would listen how Freddy tried to save his life and how wonderful Freddy was when caring for him  (R.I.P.   Ronnie Lane  1946-1997).

Undaunted by the setback and forced to move his operation to Jamaica where he opened FairfieldHospital, this started yet another notorious chapter in the life of Fred Sessler.